Though Caterpillar quietly displayed its new skip loader to the public at World of Concrete in February and provided us with the details on the machine a few weeks later, the company used a press event at its headquarters in Peoria last week to formally announce the 415F2 IL to the media with a walkaround that provided a few more details on what customers want out of this machine.

Used for finish work on pads, some highway applications and snow removal, the 415F2 IL comes standard with a three-point hitch and box blade where the backhoe is usually attached. And since there is no backhoe, the operator’s seat doesn’t completely swivel around, instead rotating only to the right side of the cab which allows operators to see both the blade and the front of the machine.

Caterpillar’s Todd Lange said the machine represents a return of the skip loader, also called an industrial loader, to the company’s backhoe lineup after the discontinuation of a model several years ago based on the 414. So why bring it back?

With competitors Deere and Case CE continuing to sell their own skips, Lange said Cat dealers missed having one on the lot. And though the skip loader has traditionally been most popular out west, Lange added that with the announcement of the 415F2 IL, dealers all over the country are putting in requests.

“I don’t want to say [demand] is full blown,” Lange said. “But I think what’s going on is the demand from the rental market in the last five years has really increased and cash flow is the priority. That high interest from rental demand has taken this machine into new territory and has piqued interest.”

The primary market for the machine is rental, Lange said, adding that the 415F2 IL is a “no bells and whistles” machine with 90 percent of units sold shipping with a canopy instead of an enclosed cab.  And the majority of the machine’s retail sales come from government agencies.

That being said, Lange said Cat is already getting feedback on the new machine with several customers asking for a bit more versatility through the ability to add more rear attachments like snow blowers and mowers. Because of that, Cat is considering making a PTO available in the future. 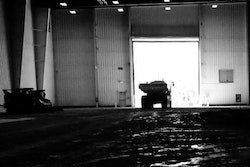 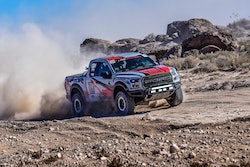 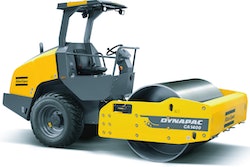