Senate bill would give natural gas trucks a weight exemption

The Senate this week introduced its version of a bill to cut natural gas-powered trucks a break, as it would give them an exemption to federal truck weight standards as a means to mitigate the weight of nat gas tanks and to prevent natural gas adopters from being at a competitive disadvantage.

The bill (S.2721), introduced by Sens. James Inhofe (R-Okla.) and Joe Donnelly (D-Ind.), was referred to the Senate’s Environment and Public Works Committee and is the chamber’s companion bill to the House’s H.R. 3940, introduced in January.

Dubbed the Natural Gas Long Haul Truck Competitiveness Act, the Senate bill, like the House’s, would give trucks running natural gas to exceed weight limits by the difference of “the weight of the vehicle attributable to the natural gas tank and fueling system” and “the weight of a comparable diesel tank and fueling system,” according to the bill.

Unlike the House’s version, however, this bill comes to the Senate by itself, whereas the House’s weight exemption bill was part of a trio of nat gas bills aimed at promoting use in trucking through public policy.

The House’s other two bills would (1) establish a taskforce to identify barriers of natural gas adoption in trucking and (2) direct the Department of Transportation to designate or prioritize certain cross-country as “natural gas corridors.”

The trio of bills introduced in the House a few weeks ago to promote natural gas use will, if enacted, no doubt be a step toward boosting natural gas implementation, but the text of the …

“Natural gas is a clean and affordable domestic energy resource that has the potential to drive American energy independence to reality,” Inhofe said. “The additional weight of natural gas fueling systems eats into the total the trucks are allowed to weigh under current federal regulation, leaving it at a disadvantage to its diesel counterpart. This legislation brings the federal regulation for long-haul trucks into the 21st century by giving natural gas powered trucks the ability to compete on the same playing field in the amount of freight it can transport.”

Govtrack.us gives the bill a 2 percent chance of being enacted.

The House’s version, however, has an 8 percent chance of being enacted, Govtrack says. 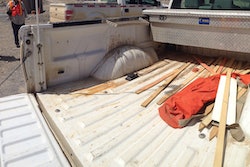 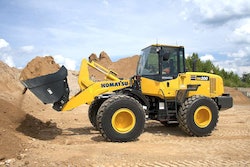 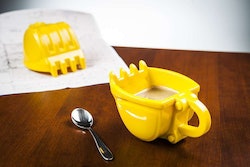