Put those same trucks/trailers on an interstate where nearly seven miles roll at greater than a 4-percent grade, with about half of that in one brake-smoking 7-percent section, and you quickly learn each manufacturer’s ability to control 22,000 pounds in the most demanding of towing conditions.

Ford rolled out their 2015 F-350 and F-450 Super Duty pickups to let journalists do just that last week, driving up and down the infamous Beckley Grade on Interstate 64 that runs south and east through West Virginia.

The power and towing war has really heated up this year. Ram had laid claim earlier on to the having the most power, torque, towing and payload numbers. But now, that’s changed.

Along with the bushel of extra ponies comes the need for having a CDL if you plan on towing at max capacity with the F-450. The F-450 ‘s maximum fifth-wheel/gooseneck towing capacity increased to a class-leading 31,200 pounds—a gain of 6,500 pounds. The truck’s gross combined weight rating (GCWR) increases to a class-leading 40,000 pounds, a gain of 7,000 pounds.

“The 6.7-liter Power Stroke V8 turbo diesel was already a stout engine,” said Robert Fascetti, Ford vice president, Powertrain Engineering. “The improvements we’ve made essentially give Super Duty customers an engine that is also designed for our larger F-650 and F-750 medium-duty trucks. They may not realize how tough this engine really is.”

I was pleasantly surprised when I laid into the throttle the first time, all the while towing a 33-foot 5th wheel travel trailer. The torque delivery is impressive, as is the power band once the engine rolls above 1,800 rpms.

Key innovations on the 6.7-liter Power Stroke are its compacted graphite iron engine block and reverse-flow layout. This segment-exclusive design places the exhaust inside the engine’s V-shape with the air intake positioned on the outside, resulting in a variety of advancements:

Other upgrades include a larger turbocharger for increased airflow, resulting in more power.

“The designers of the original 6.7-liter Power Stroke V8 turbo diesel predicted it would eventually need to be upgraded for higher output,” said David Ives, Ford Power Stroke technical specialist. “They made it easier to add a larger turbocharger, increasing airflow and creating more power for dramatically improved performance, and yet we haven’t lost any efficiency.”

A further benefit of the larger turbo is improved engine braking, manually controlled by a push-button switch on the dashboard.

Towing the 12,000-pound-plus 5th wheel travel trailers down the steep descent of the Beckley Grade put the new system to the test. I only had to tap the brakes twice during the three-mile-long, 7-percent grade section to maintain 65mph.

I found the standard F-350 Super Duty suspension to be a little more jittery than either of its competitors over expansion joints, and the interior quietness almost on par with the Silverado HD. The F-350 Super Duty is available with a high-capacity towing package (the Tow Boss package mentioned earlier) that includes new front springs and a wide track axle, increasing the gross combined weight rating with the 6.7-liter Power Stroke engine from 31,900 pounds to 35,000 pounds.

Improvements to the F-450 that allow it to handle the increased tow rating include commercial-grade 19.5-inch wheels and tires, upgraded rear U-joints and suspension components with new leaf springs, front and rear stabilizer bars and shocks. The steering system has stronger gears and linkages and the fifth-wheel/gooseneck has increased towing capacity.

Overall the ride, handling and comfort levels of both the 2015 F-350 and F-450 Super Duties show a nice improvement over the 2014s. The mechanical upgrades, and the addition of the Platinum trim package, place Ford’s Super Duties on par with the best GM and Ram Truck have to offer.

From a pure towing power perspective, however, Ford’s competitors will need to ramp it up another notch if they want to contend for those bragging rights. 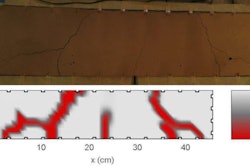 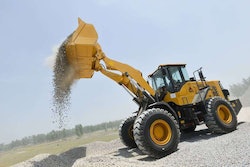 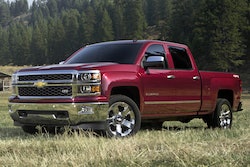