While monitoring the construction of the new U.S. Embassy in London, archaeologists have uncovered a prehistoric campsite.

Estimating that the site is 11,750 years old, archaeologists with the Museum of London Archaeology discovered several patches of charred ground from campfires, animal bones, fish traps and stone tools, according to a report from LiveScience.

The oldest artifact found was a flint from the Paleolithic Age. The archaeologists are unsure of whether it was a tool itself or if it was a byproduct of making a larger tool or weapon, but estimate it is likely between 12,000 and 100,000 years old.

Another tool found was a 12,000-year-old plunging blade. When set in bone or wood, the blade could be used as a weapon or a tool for woodwork or hide-cleaning.

Also found were two rows of disintegrated wooden stakes that stretch 39 feet. The archaeologists say these were likely fish traps and they, along with the remnants of several campfire sites point to the possibility that the campsite was used as a seasonal campground for hunting and fishing expeditions rather than a permanent homestead. 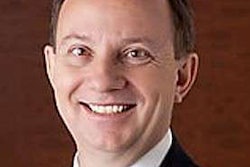 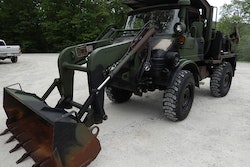 This 1989 Unimog is the ultimate construction vehicle: both a Case backhoe and Freightliner work truck (PHOTOS, VIDEO) 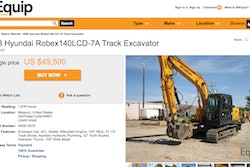