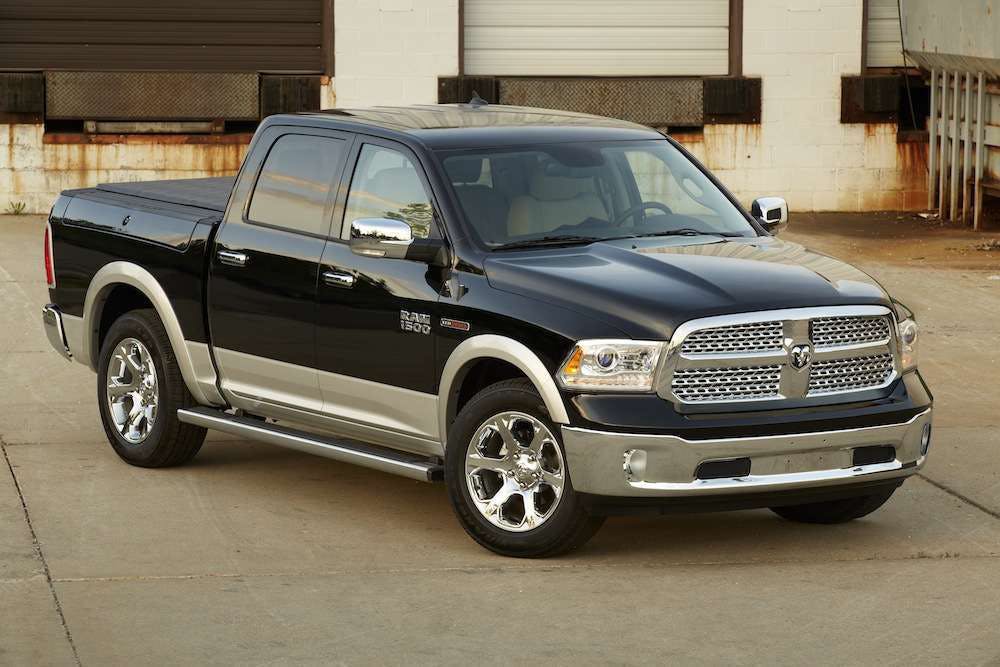 We’ve known that the 2014 Ram 1500 would become the only half-ton pickup on the market with a diesel option for a while. But until now, we’ve been in the dark on a lot of the specifics when it comes to the truck like price, horsepower and expected fuel economy.

Ram expects to announce “best-in-class” fuel economy with its 3.0-liter EcoDiesel option whenever those estimates are finalized. There are no exact numbers at this point but many expect combined fuel efficiency somewhere around 26 mpg.

The EcoDiesel is the same engine Chrysler offers in its Jeep Grand Cherokee. The EcoDiesel allows that vehicle to getg 30 mpg on the highway, but in an interview with the Associated Press, Ram brand director Bob Hegbloom said the pickup won’t get the same 30 mpg rating.

In terms of power, the EcoDiesel is paired with an eight-speed transmission and produces 240 horsepower and 420 lb-ft of torque. As we’ve noted before, the engine is sourced from Italy’s VM Motori, which has supplied Ram with engines since 1992. General Motors and Fiat each own a 50 percent share of the engine maker.

As expected, the EcoDiesel option comes at a premium. A diesel-powered Ram 1500 will cost an additional $2,850 over the 5.7-liter Hemi V-8, Ram says. Hegbloom told the AP that the the diesel 1500 will pay for itself in gas savings in less than three years.

Meanwhile, the standard package will start at $25,295, destination cost included.

The new Ram 1500 will also feature a new front park assist system which uses four sensors in the rear bumper to detect objects up to 47.2 inches away.The system uses four sensors located on the front bumper. The bezel-less, integrated sensors sequentially send out ultrasonic waves when the vehicle is driven in forward at low speeds. The system can detect objects as far away as 47.2 inches.

The sending sensor and adjacent sensors pick up the echo of a signal when it bounces off an object. Triangulation is used to determine relative distance, based on elapsed time between the outgoing signal and its return.

The 2014 Ram 1500 will hit lots in the fourth quarter of this year. Be sure to check out a bunch of new photos below. 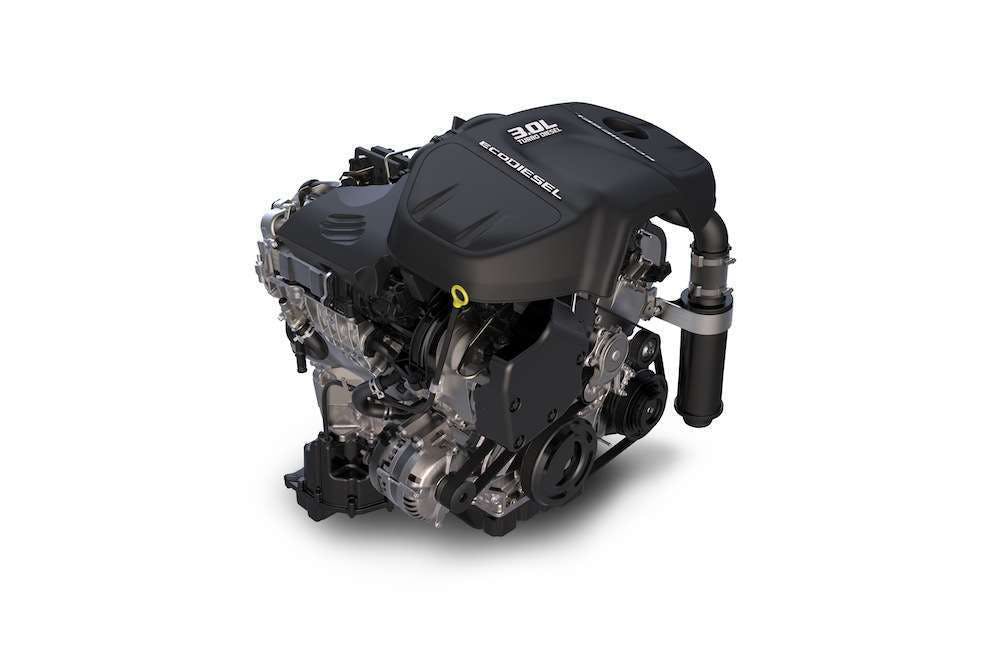 Ram’s EcoDiesel 3.0-liter engine, which has enjoyed a coveted ride as the preferred low-emissions, high MPG light-duty pickup powerplant, may be facing more competition from Ford. 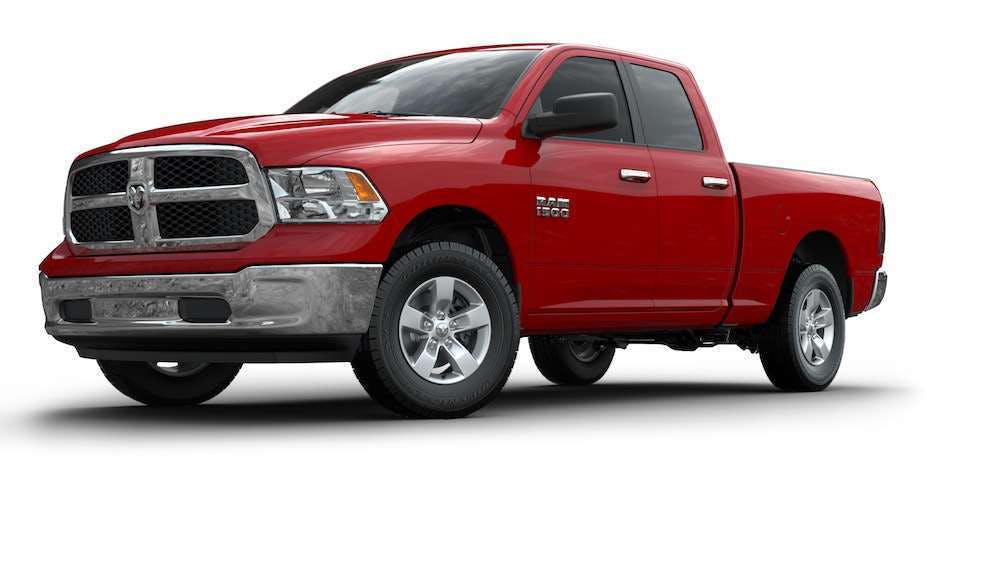 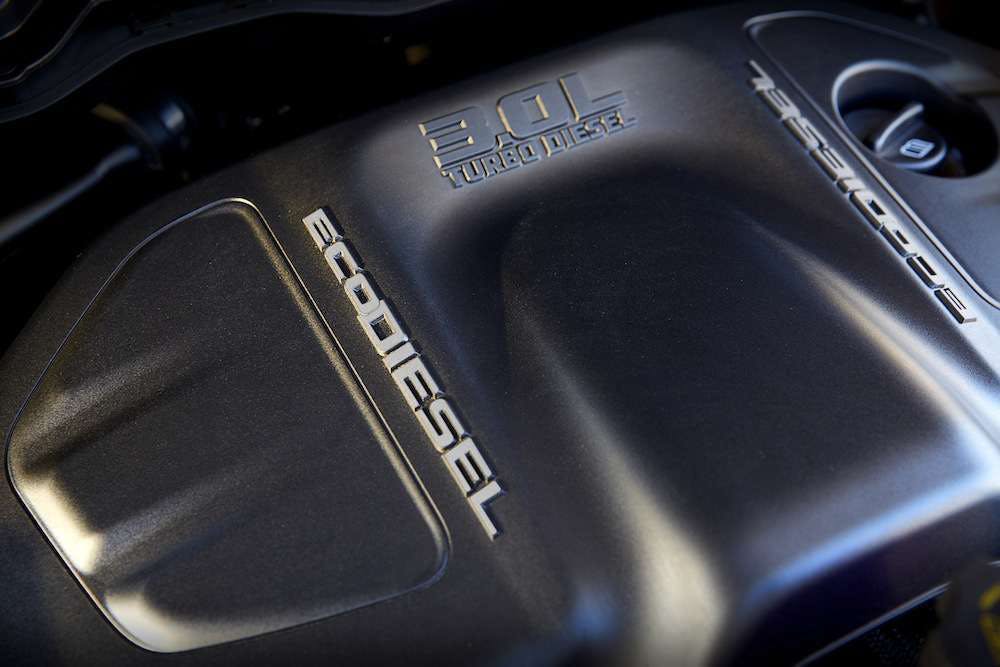 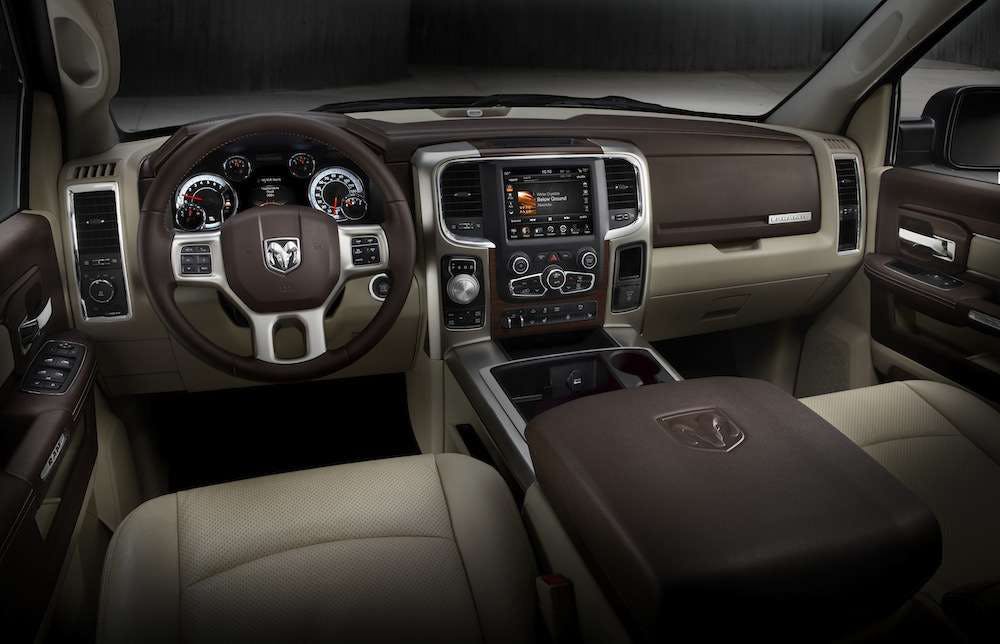 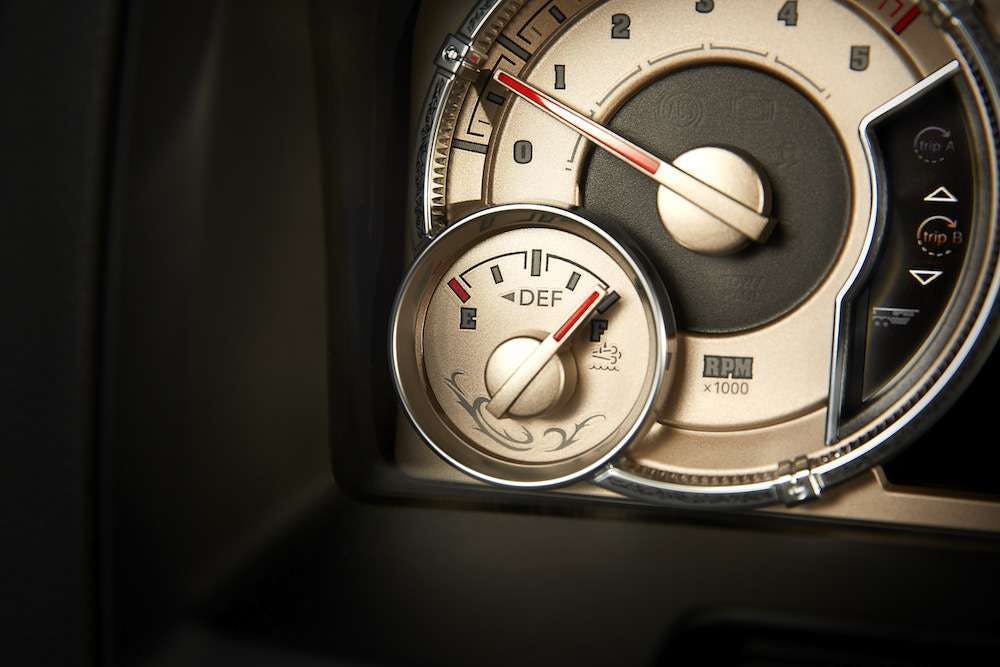 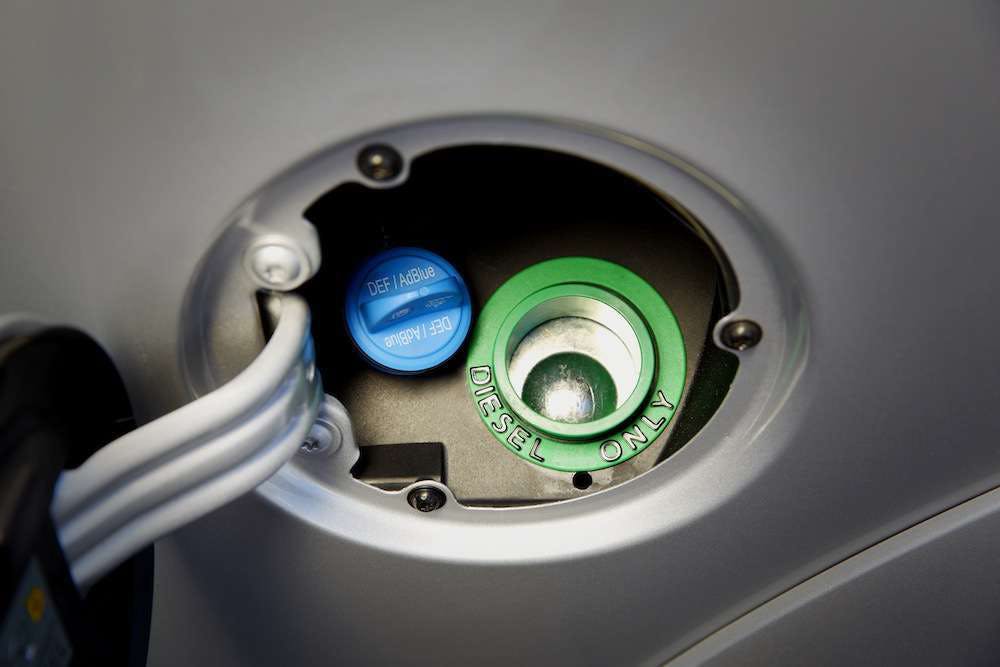 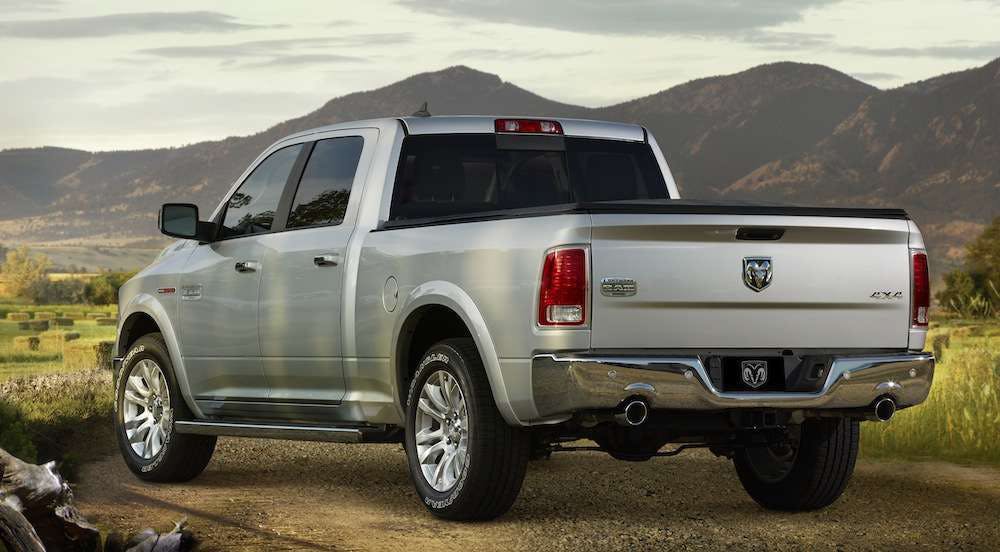 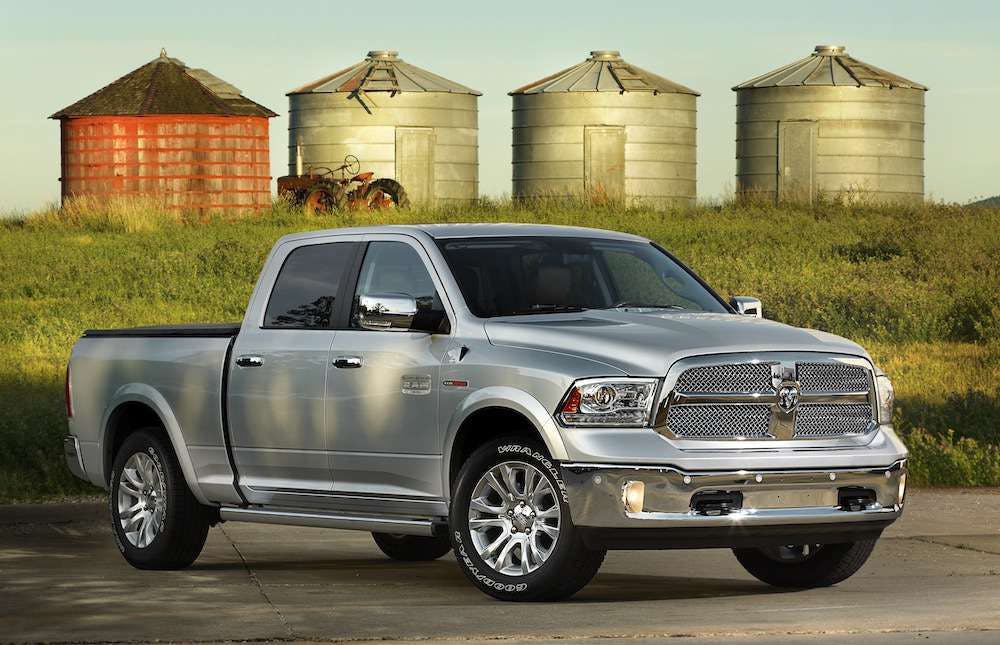 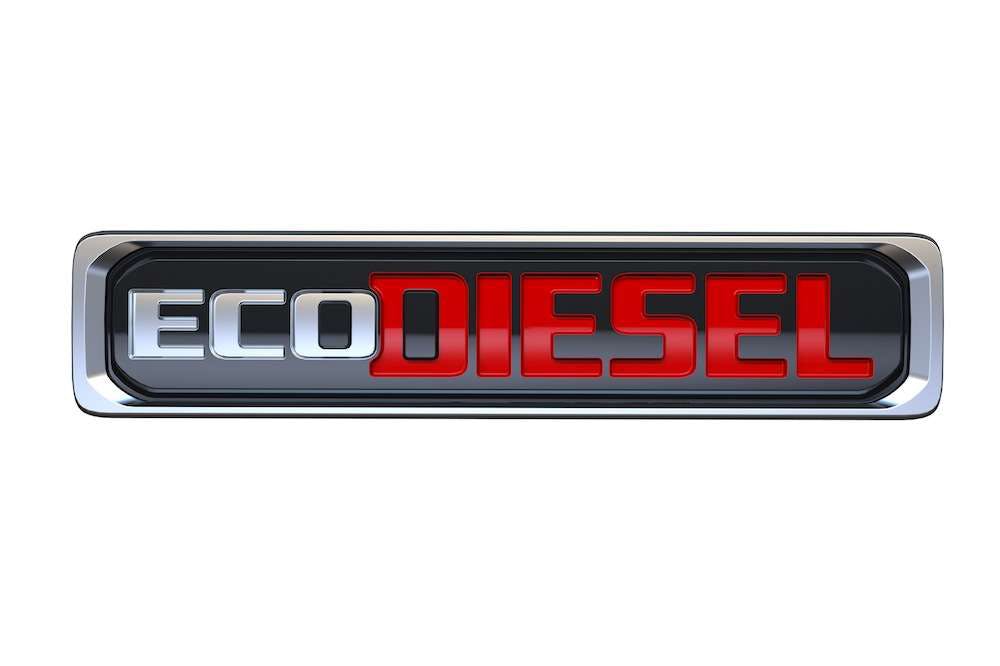 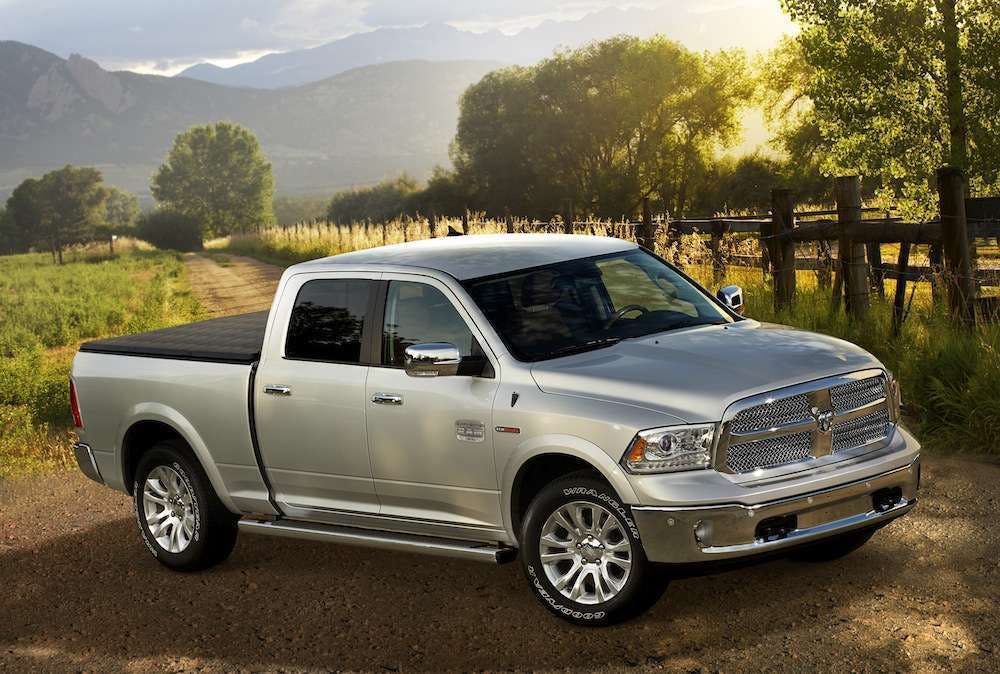 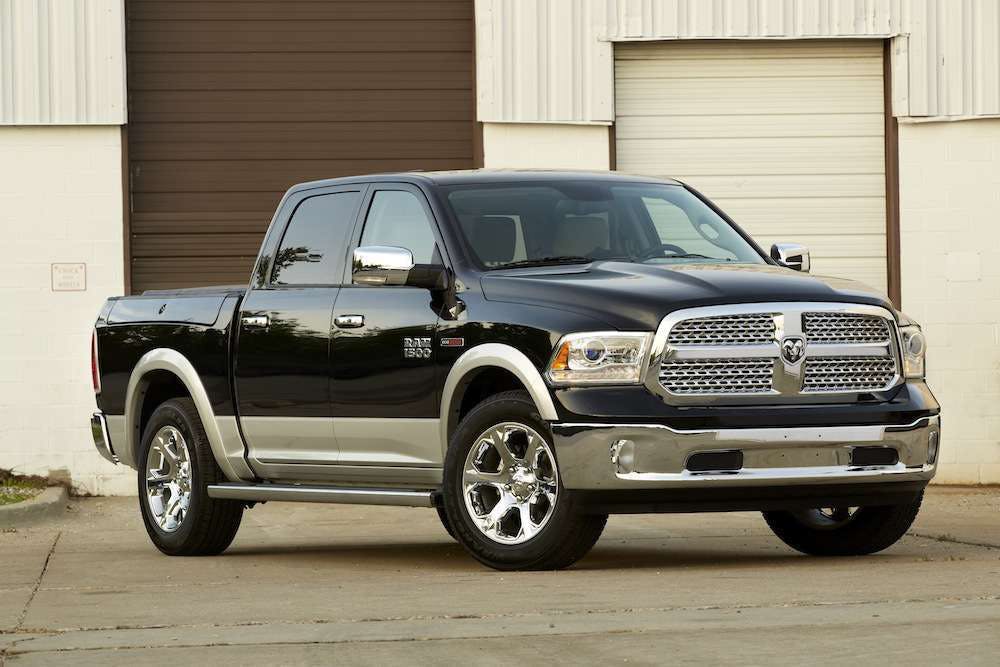 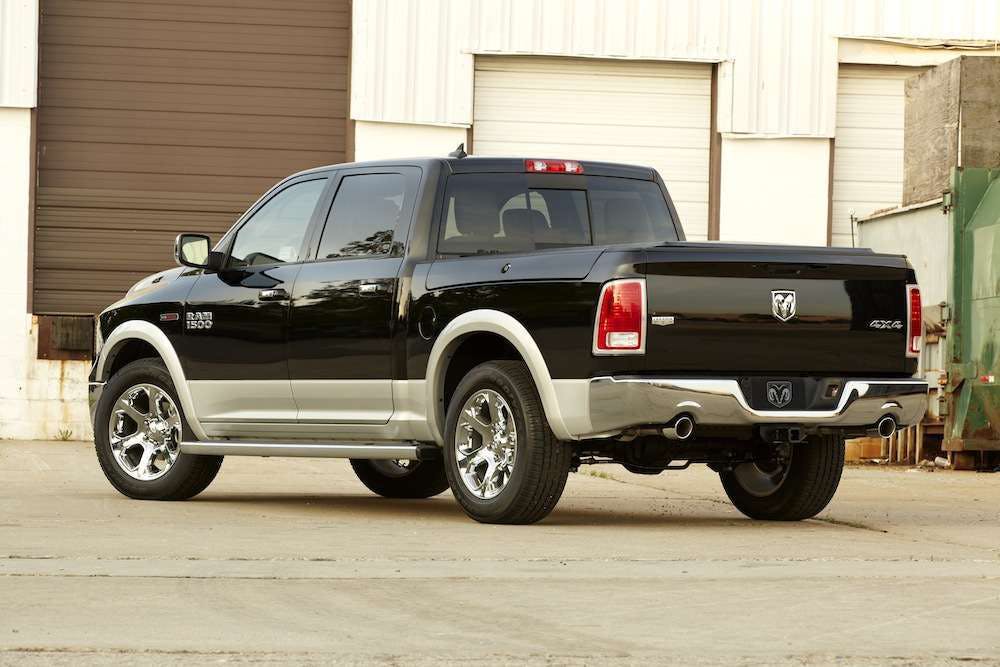 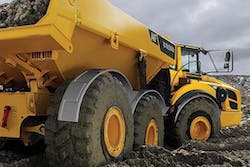 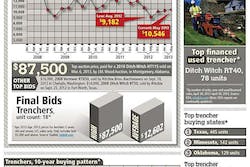 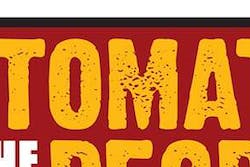 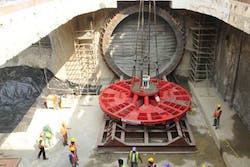