Terex Trucks, exhibiting as a stand-alone brand at ConExpo, will launch its Generation 10 truck to North America at the show.

The truck had its global introduction at last year’s Bauma trade show in Munich, Germany, and was showcased as the division’s first new product since Volvo Construction Equipment purchased the division from Terex in 2014.

The 41-ton Generation 10 TA400 is a Tier 4 Final hauler made in the Terex Trucks plant in Motherwell, Scotland. The truck has upgraded hydraulic and electrical interfaces, a new drop box, improved aesthetics and telematics.

A 444-gross-horsepower Scania DC13 powers the truck, which comes with a standard three-year telematics package, along with a three-year full machine warranty and planned maintenance package. With a heaped capacity of 30 cubic yards, the unit has an Allison HD4560 automatic transmission, with six forward and two reverse speeds.

Visitors to the booth also will have a chance to guide a remote-controlled hauler around an assault course. 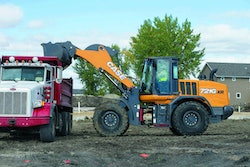 What to see at ConExpo 2017: Case, Volvo, Hyundai in the North Hall 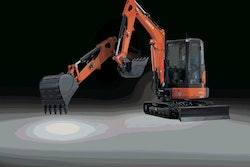 What to see at ConExpo 2017: Kubota, Topcon, Vacuworx, Indeco in the North Hall 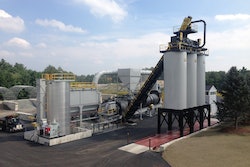 What to see at ConExpo 2017: US Radar, Asphalt Drum Mixers, Leica Geosystems in the Silver Lot