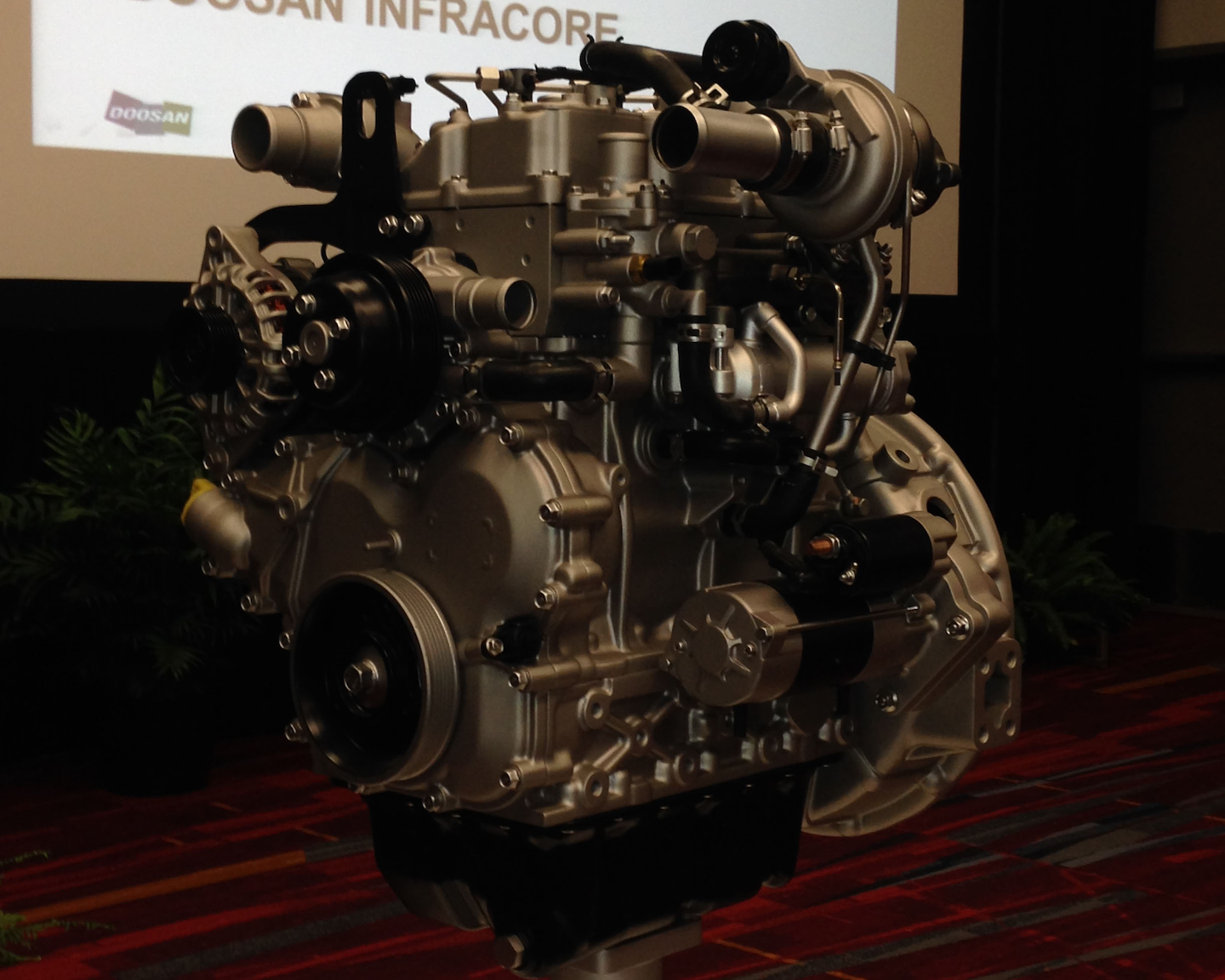 The new compact engine later this year will be installed in smaller Doosan excavators and air compressors. However, Dan Rim, senior vice president of sales, Doosan Engine Business Group, said during a March 6 press conference at ConExpo-Con/Agg, “We plan to continue broadening the applications.”

In the future, the company plans to make the compact engines available in non-Doosan machines such as forklifts and agricultural equipment. “Our goal is to grow compact engine business from 30,000 this year to 100,000 by 2018,” Rim said.

Doosan developed the engines as non-DPF because customers said they found DPF “bothersome,” noted Dongyoun Sohn, president and chief technology officer. “We thought if we could develop a very clean combustion technology, we could eliminate DPF and maximize our aftertreatment system.”

The company used ultra-low particulate matter combustion, or ULPC, to achieve a non DPF engine. The ULPC was achieved through use of a specially designed engine combustion chamber that significantly reduces the amount of particulate matter created during combustion. A non-DPF engine design prevents the need for a larger mounting space, eliminates ash cleaning, enhances fuel economy and eliminates the risk of thermal damage.

“With no DPF system, it gives our customers a cost reduction and compactness,” Sohn said. “It also prevents quality issue in aftertreatment and reduces TCO.” 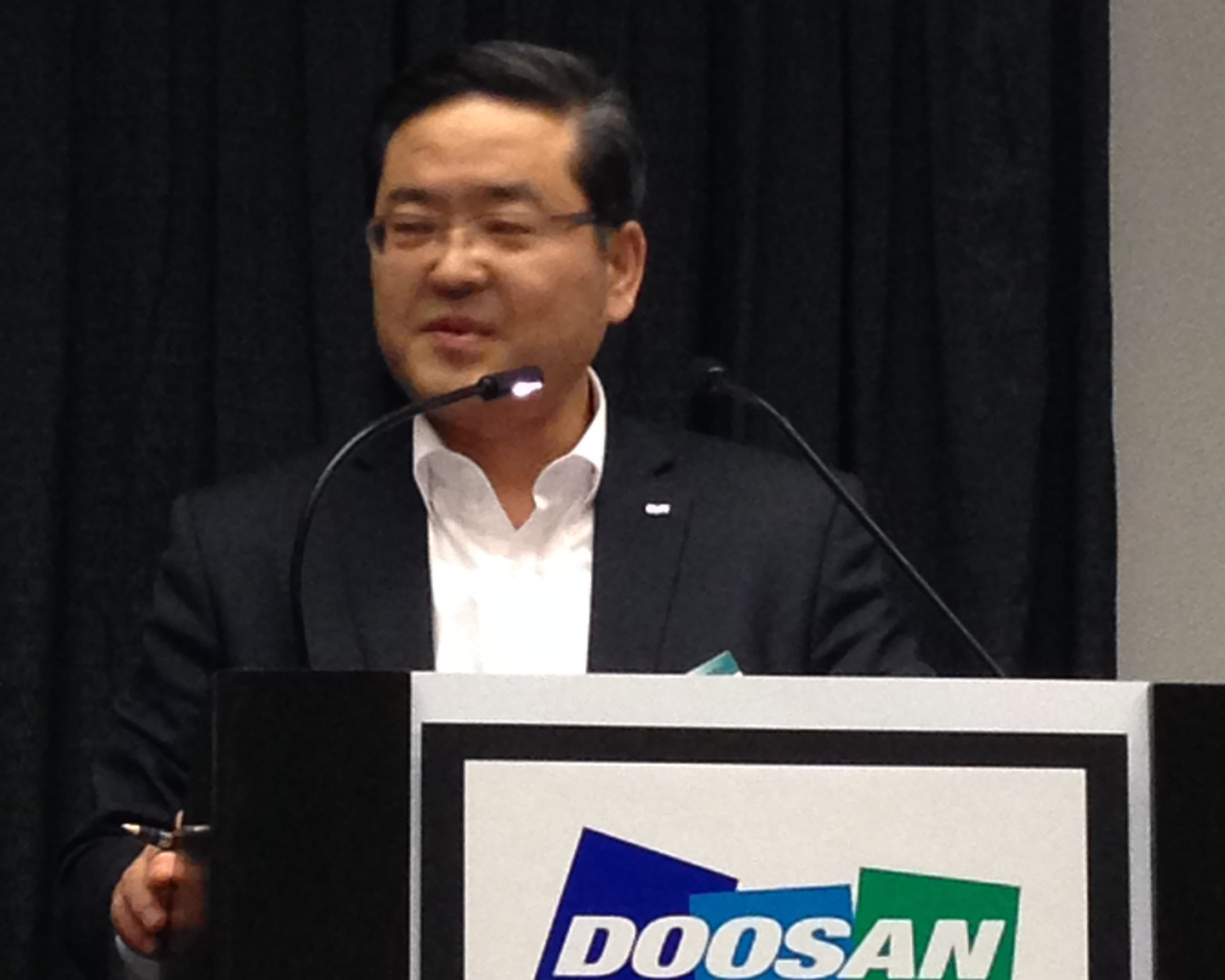 Rim says that with the introduction of these new compact engines, Doosan is positioned to become one of the world’s “top class engine makers offering the most advanced environmentally friendly technology available.”

Doosan plans to introduce into the market another Tier 4 final equipment engine that also offers a non-DPF solution. The company also launched the D24 model engine for generator set at the 2014 Middle East Electricity Show in Dubai, United Arab Emirates.