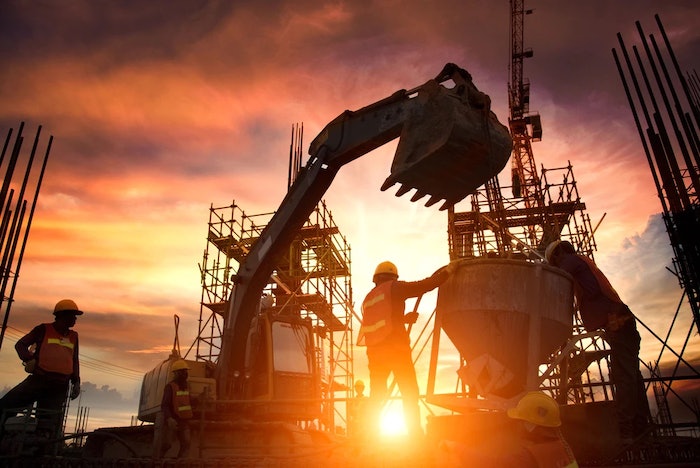 With record spending levels set for roads, bridges, utilities and other infrastructure, contractors around the country could see work for the next five years and longer should the Senate’s $1.2 trillion infrastructure bill become law.

Highway and utility contractors stand to gain the most as billions of dollars would be poured into state coffers for road, bridge, water and sewer projects. Billions would also be heading toward improving the nation’s power grid, high-speed internet connections and building electric-vehicle charging stations.

Billions of dollars for airports, ports, rail, public transit, waterways and environmental cleanup would also benefit contractors and their subcontractors for years to come.

In all, the package calls for $550 billion in additional infrastructure spending over five years as well as reauthorizing surface transportation programs that are set to expire September 30.

The AGC has analyzed the legislation to determine how it could benefit contractors. Here’s a breakdown of the association’s initial findings:

The bill includes the Surface Transportation Reauthorization Act, which would spend a record $304 billion over five years for highway, road and bridge programs, a 34% increase over current levels, the AGC says.

Of that amount, $273 billion would go to states under a funding formula. That money would be distributed to programs such as the National Highway Performance Program, Surface Transportation Block Grant Program, Highway Safety Improvement Program, and Congestion Mitigation and Air Quality Program.

The Bridge Investment Program would get an additional $36 billion on top of the $3.2 billion from reauthorization.

The Electric Vehicle Charging and Alternative Fuel Infrastructure Program would get a total of $7.5 billion.

Utility contractors also stand to gain big under the Senate’s infrastructure bill, if it passes the House, which is set to return to session August 23.

“This bill is a significant milestone for our nation,” says Doug Carlson, CEO of the National Utility Contractors Association. “The infrastructure bill delivers historic levels of funding for water infrastructure and lead pipe service line replacement.”

Here’s the AGC breakdown of program funding increases over five years that could affect utility contractors:

Improving the electric grid – $5 billion for hardening efforts and reducing wildfire risks; $6 billion for innovative approaches to transmission, storage and distribution infrastructure to improve resiliency; $50 million to build, replace electric transmission lines or increase transmission capacity; $6 billion to assist in the financing of the construction, acquisition and replacement of the Federal Columbia River Power System and to implement the authority of the Bonneville Power Administration.

Department of Interior – $455 million for habitat restoration and other environmental projects, as well as infrastructure development and construction.

Bureau of Indian Affairs – $250 million for construction, improvement and maintenance of irrigation and power systems, dam safety and water sanitation.

As with highway contractors, utility contractor also stand to benefit from the additional $7.5 billion for adding electric-vehicle charging station along highways, as well as road and bridge work.

Various federal agencies, such as the U.S. Army Corps of Engineers, would get funding boosts under the infrastructure package.

Here’s the AGC breakdown of agency funding over the next five years that could benefit contractors who work on federal projects:

Corps of Engineers – $11.61 billion for its civil works construction account; $4 billion for operations and maintenance; and $808 million for the Mississippi River and tributaries.

Bureau of Reclamation – $8.3 billion for water infrastructure projects and grants.

General Services Administration and Customs and Border Protection – $430.2 million for projects and feasibility studies and $210 million for land ports of entry infrastructure.

Federal contractors also stand to benefit from the $55 billion increase mentioned earlier for funds for drinking and clean water.

Along with roads and bridges, contractors would be needed for a multitude of projects that would come from increased funding for transit, rail, airports and ports.

Here’s the AGC breakdown of that funding over five years in the infrastructure package:

Multimodal – $15.5 billion for projects with multiple transportation infrastructure through discretionary RAISE and INFRA grants and a new grant program for large transportation projects.