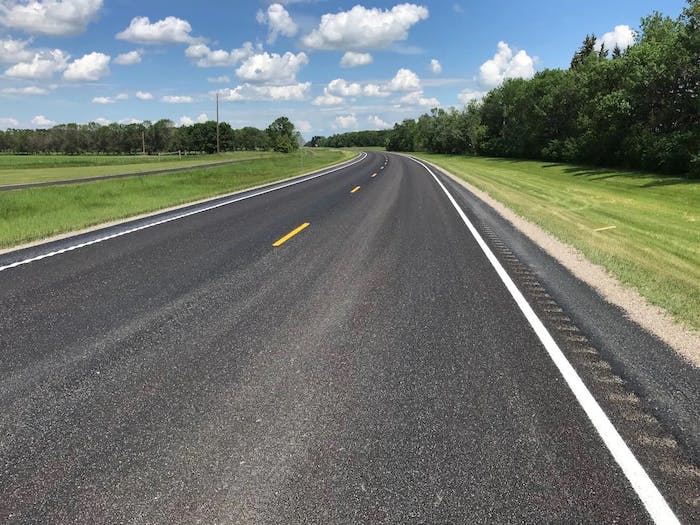 A $1 trillion infrastructure bill passed the U.S. Senate today and heads to the House after months of bipartisan negotiations.

The Infrastructure Investment & Jobs Act, which passed in a 69-30 vote, includes $550 billion in new funding over five years as well as reauthorizes increased transportation funding through 2026.

The American Road and Transportation Builders Association reports that nearly half of the $1 trillion will be spent on federal highway, bridge and public transportation improvements. It calls for a $370 billion, five-year reauthorization of the surface transportation programs, as well as another $86 billion in supplemental investment, ARTBA says.

The highway and bridge funding reauthorization of $300.5 billion through fiscal year 2026 would represent a 24% increase next fiscal year over current funding, according to the association. 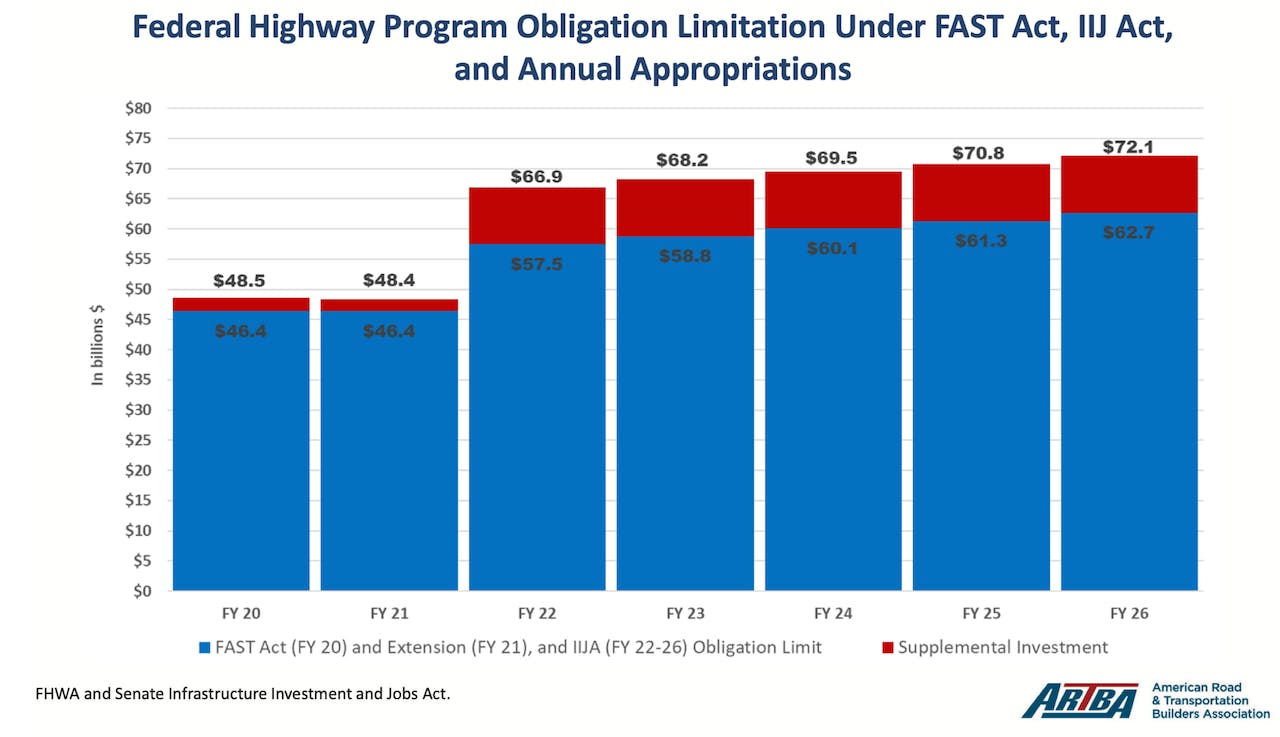 Total investment for highway programs for FY 2022–FY 2026 would be $347.8 billion under the Infrastructure Investment & Jobs Act, according to ARTBA. The chart above shows the year-by-year funding levels proposed in the package compared to the last two years of core highway and appropriations spending — an $18.6 billion (38%) increase.American Road and Transportation Builders AssociationThe House now will be tasked with considering the legislation. House Speaker Nancy Pelosi has said the bill’s House consideration is contingent upon a $3.5 trillion spending package of other Democratic priorities passing the Senate. That bill was introduced as a budget resolution through a reconciliation process that would require only a simple majority to pass, instead of the minimum 60 votes typically needed to pass Senate legislation. The budget resolution passed the Senate soon after the infrastructure vote, a first step in the process. The bill passed the House on August 25, with a deadline of September 27 set for a House vote on the infrastructure bill.

The construction industry praised today’s passage of the infrastructure bill.

ARTBA President and CEO Dave Bauer lauded the bipartisan aspect of the legislation and its potential economic effects:

“The U.S. economy and transportation system users stand to benefit most from enactment of an infrastructure bill that combines historic investment levels with pragmatic policy reforms.”

The president of the Associated General Contractors of America called on the House to act swiftly on the bill and not hold it up over the $3.5 trillion spending plan.

“Unfortunately, some members of the House want to delay action on the bipartisan measure until passing an unrelated, partisan, spending bill,” said AGC CEO Stephen Sandherr. “The last thing Washington should do is hold a much-needed, bipartisan infrastructure bill hostage to partisan politics.”

He, too, praised the bill’s economic effects:

Michael Bellaman, president and CEO of the Associated Builders and Contractors, noted that the construction industry has been waiting decades for increased infrastructure funding. “This bipartisan accomplishment is something that has eluded Congress for decades and is proof of the possibilities when lawmakers choose compromise over conflict,” he said.

He also was pleased the bill would not increase corporate taxes, which was first proposed by President Joe Biden to pay for the additional funding.

Instead, the bill relies on using unspent Covid-relief and unemployment insurance funds, tougher enforcement by the Internal Revenue Service, 5G auction proceeds, sales of the strategic petroleum reserve and other means.

The Congressional Budget Office has estimated it would increase the federal deficit by $256 billion over 10 years, though supporters of the legislation have disputed that figure.

Other infrastructure winners in the bill include electric vehicles, airports, rail, broadband and energy.

Here are highlights of the proposed additional spending: 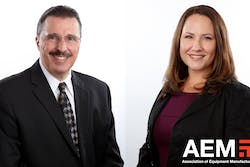 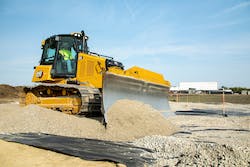 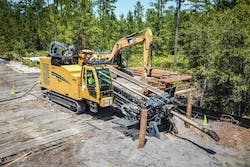 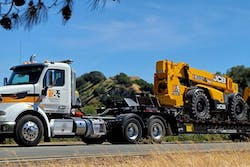