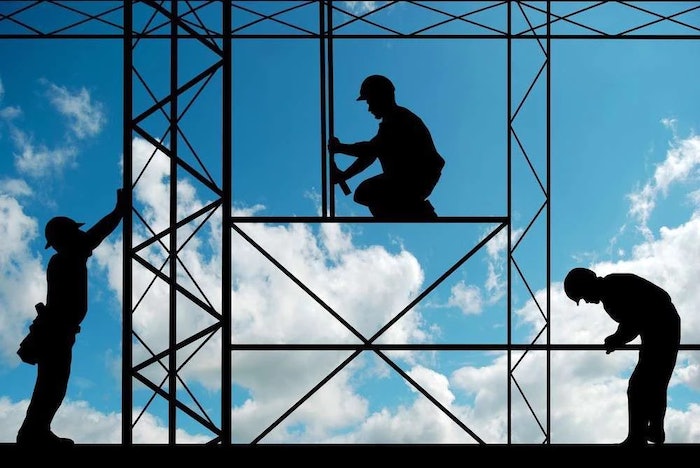 A national contractors group is continuing its fight to pry open the federal government's process for considering loan forgiveness requests for the Paycheck Protection Program.

The Associated General Contractors of America sued the U.S. Small Business Administration in December and this month filed a Freedom of Information Act request with the agency over the program designed to help small businesses weather the pandemic and retain their employees. If 60% of the money is used for such things as worker pay and benefits, the two-year, 1% loans are eligible for forgiveness. Loans made after June 5, 2020, have a term of five years.

AGC officials, however, say the forgiveness process is taking too long and is being conducted in secret for PPP loans over $2 million.

"We have multiple anecdotal reports of applications for the forgiveness of loans over $2 million that have been pending since last September, even August," says AGC lawyer Mike Kennedy. "So they have been pending for quite a long time."

The legal battle began over a questionnaire the SBA started requiring PPP borrowers of over $2 million to fill out for forgiveness and also to determine whether they were eligible for the loans in the first place. AGC said the nine-page “Loan Necessity Questionnaire” focuses only on borrowers’ current financial conditions and not those faced at the time the loan program was implemented in March and later added to in April through Covid-relief passed by Congress. The program again received additional money from Congress in December.

The initial PPP loan applications were designed to be simple to get fast relief to companies. The application only required that the business had been in operation by February 15, had employees it pays payroll taxes for and that it certify that “uncertainty of current economic conditions makes necessary the loan request to support the ongoing operations of the eligible recipient.”

In the months after the program was implemented, accusations of fraud surfaced and also that money was going to large companies. The SBA began clamping down.

AGC says that at the time of the program’s introduction, contractors and other businesses were faced with possible future conditions similar to – or even worse than – the Great Recession.

"The fact is that the vast majority of the folks I've talked to did apply in early April," Kennedy says of the PPP loans. "And the truth is, nobody knew how the year was going to turn out. And so we had a sense that SBA was coming in after the fact and trying to hold people liable for not having 20/20 hindsight."

Since the lawsuit was filed, the SBA has made the questionnaire public and added a frequently asked questions section on its website. The agency also subjected the questionnaire to a 60-day public comment period. But that's where the AGC says the openness stopped.

"As we sit there today," Kennedy says, "they're still reviewing the comments they've received on the form. And they have yet to make any public commitments to making any changes to the form."

Meanwhile, the loan forgiveness process continues to drag on for loans over $2 million. "This delay has become a growing concern," he says. "We believe SBA should be transparent about how long it's taking to process these applications, and it is not."

The AGC's May 10 FOIA request seeks details of the loans approved and for those forgiven to determine if there is any difference in the time and process for those under and above $2 million. It also seeks the forms required of the borrowers and which loans were approved and denied, among other information as to how the forgiveness evaluations are being handled.

The AGC also believes the SBA has hired a private company to assist in some way in the process and wants to know the details of that company's responsibilities and directions.

The SBA has 20 days to respond to the request. Should that fail, Kennedy says the AGC is prepared to continue fighting by filing in administrative court and, if necessary, in federal court.

Kennedy says the AGC's goal is to ensure the forgiveness process is based on the certifications contractors made when they originally applied for the loans.

"Right now, we don't know what we don't know about how they're handling this process," he says. "And so I would say our short-term goal is to get greater transparency. If the SBA is confident in the decisions it's made, I don't know why it would hesitate to disclose them."

Brian Turmail, AGC vice president of public affairs and strategic initiatives, says the delayed loan forgiveness has left contractors with uncertainty. "Our members shouldn't be punished because they didn't have a time machine where they could travel and see the future when they were making applications for a program designed to provide immediate relief."

The SBA did not respond to a request for comment.

PPP loan applications were being accepted by the SBA through lending institutions until the program ran out of money May 4. This includes for second loans for certain businesses that received prior PPP loans. Forgiveness is also applied for through the lending institutions. (For more details from the SBA on the program, click here.)

The SBA reports that as of May 16 it has approved 11.2 million loans totaling $788 billion. The construction industry is the second-leading recipient of PPP loans in 2021 at 12%, behind accommodations and food services at 15%.

Here's a breakdown of those loan amounts as provided on SBA's website:

Here's a breakdown of loan forgiveness data as provided on SBA's website: 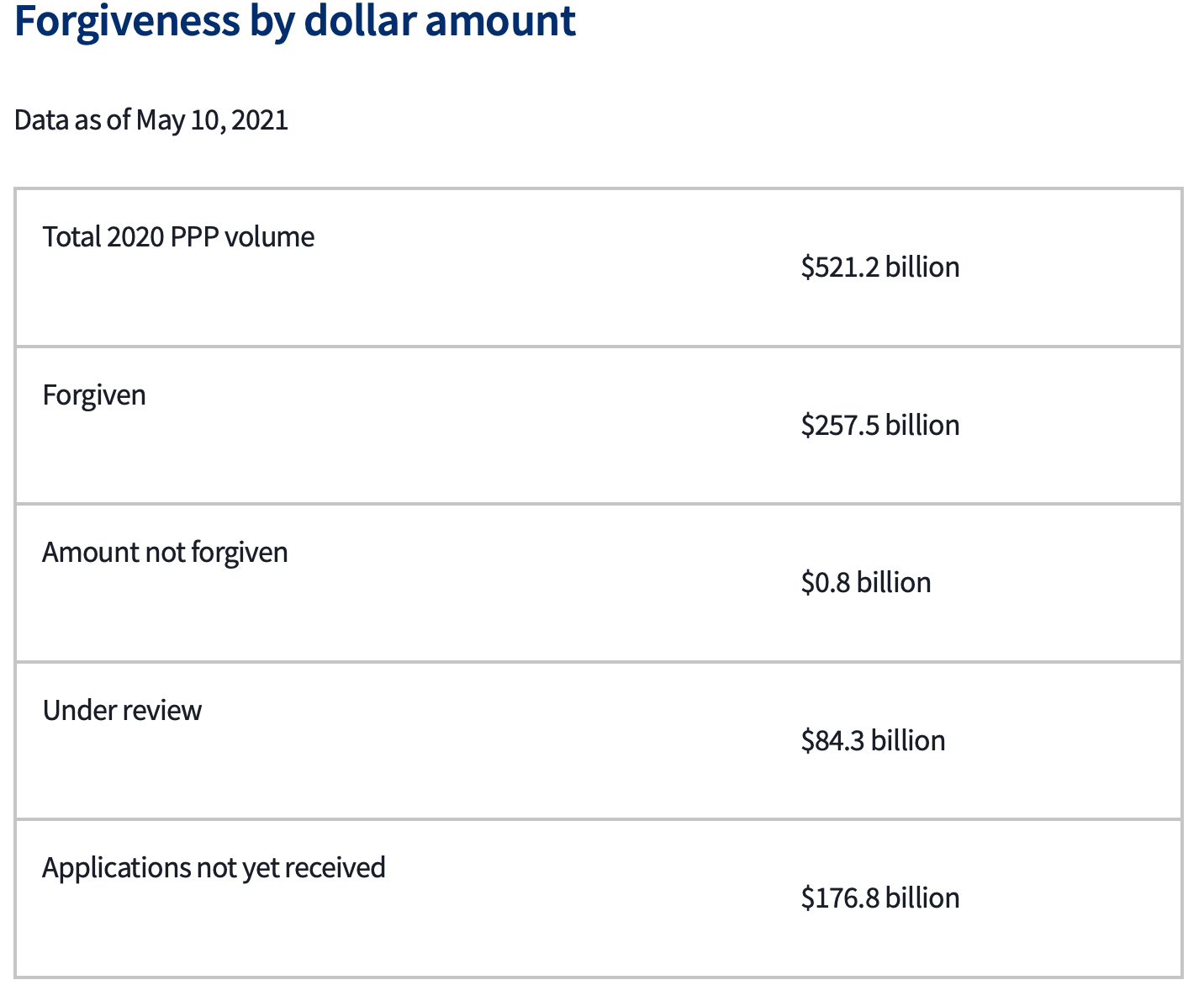