A group representing U.S. contractors has filed a lawsuit against two federal agencies saying claims for loan forgiveness through the Paycheck Protection Program are being handled illegally.

The process, which now requires borrowers to answer a questionnaire, could unfairly disqualify contractors from receiving forgiveness and possibly revoke the loan, according to the lawsuit filed December 8 in U.S. District Court. The suit was brought by the Associated General Contractors against the U.S. Small Business Administration and the U.S. Office of Management and Budget.

At the heart of the dispute is a questionnaire the SBA is requiring borrowers of over $2 million to fill out to determine whether they were eligible for the loans and for forgiveness, according to the suit. AGC says the nine-page “Loan Necessity Questionnaire” focuses only on borrowers’ current financial conditions and not those faced at the time the loan program was implemented in March and later added to in April through Covid-relief passed by Congress.

“This contradiction is deeply troubling to many borrowers because their success or failure over the balance of 2020 could not possibly have been knowable in those early days of the pandemic when the economy was headed into a tailspin,” the suit reads.

The Paycheck Protection Program was designed to encourage small businesses to keep workers on the payroll during the historic economic downturn caused by the pandemic. Companies that received the two-year, 1-percent-interest loans could have them forgiven if the money was spent on eligible expenses, such as employee pay and health care.

Because of the rapid need for the loans, application was designed to be simple, only requiring that the business had been in operation by February 15, had employees it pays payroll taxes for and that it certify that “uncertainty of current economic conditions makes necessary the loan request to support the ongoing operations of the eligible recipient.” Contractors were among the sectors receiving the most loans.

In the ensuing months after the program was implemented, accusations of fraud surfaced and also that money was going to large companies. The SBA began clamping down. To date, more than 80 people have been accused of scamming the program, according to The New York Times.

AGC says that at the time of program’s introduction, contractors and other businesses were faced with possible future conditions similar to – or even worse than – the Great Recession. Some states had ordered lockdowns that did not deem construction as an essential industry, meaning contractors could not work.

But as the lockdowns lifted and many states deemed construction essential, the construction industry returned to work. Some segments, such as residential, have boomed. Road construction in some areas also sped up as fewer drivers were on the road.

The lawsuit notes that though some sectors and areas have accelerated, others have not. “This does not mean that the construction industry is anywhere close to being out of the woods,” the suit says.

The suit takes issue with the questionnaire’s seeking comparisons for second-quarter 2020 revenues with 2Q 2019. It accuses the SBA and OMB of violating laws governing public notification and review for the questionnaire and that the questionnaire has been hidden from public view. The suit says SBA told OMB it did not want to release the questionnaire to public review “because it feared borrowers could change their business priorities to suit what they thought SBA wanted to see from them.”

It also says that by not allowing borrowers to present the status of their businesses at the time of the loan as well as the business anxieties they faced, they are being denied due process. The questions are “arbitrary and capricious,” according to the suit.

The lawsuit asks the court to stop the SBA from sending the questionnaire and basing any decision on it. It also asks that the questionnaire go through at least a 60-day public review and that it be required to consider the “totality of the borrowers’ circumstances.”

An Equipment World request for comment from the SBA has not been answered.

The AGC lawsuit is one of many that has been lodged against the SBA concerning the $523 billion program that ended in August. Most recently a federal judge ordered the agency to release information about all recipients of loans less than $150,000. The SBA had released data on loans over that amount but refused to release information on the smaller loans.

Lawsuits have claimed the loans have benefited large companies, and that how the money was distributed was public information. The SBA refused to release the information on the smaller loans, claiming invasion of the borrowers’ privacy. The SBA has recently released the information after a federal court ruling. 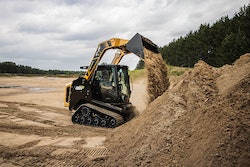 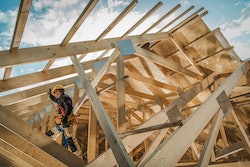 What will 2021 bring? Three Construction Economists Weigh In 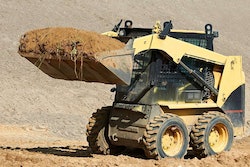 Protect Your Equipment: Thanksgiving is Prime Time for Machine Thefts