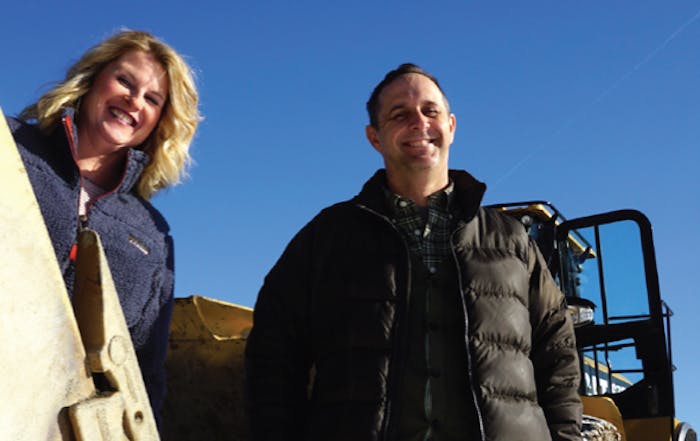 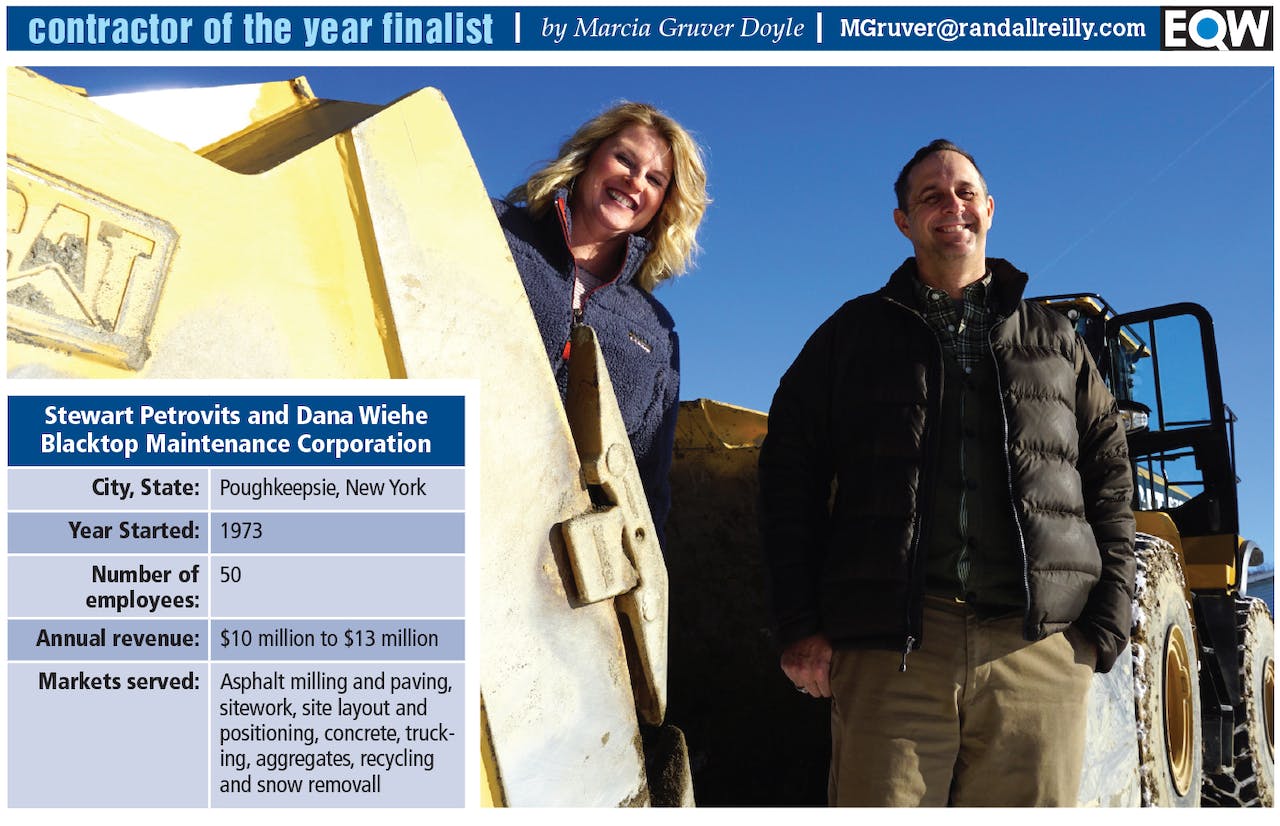 “We’ve just lived and breathed it all of our lives,” is how Dana Wiehe describes her and brother Stewart (Stew) Petrovits’ entry into construction.

Their father, Dave, started Blacktop Maintenance – or BTM – in 1973, focusing on sealing driveways. As a kid, Petrovits began at BTM by mopping floors, eventually working on crews and coming back every summer while getting a management degree in college. “I just knew that I wanted to do this,” he says.

Wiehe served as a flag person when she was younger, then got her degree in sociology and now manages BTM’s inside operations.

Their father’s company diversified over the years, moving into dirt work and paving. That led to the purchase of a sand and gravel operation in the late 1980s. And since the siblings have taken over the reins of the firm – which they split 50/50 – it’s diversified even more, into recycling and pavement milling. The firm’s resume also includes excavation, drainage, utility work and concrete paving. Along the way, the company has adopted GPS surveying, led by Wiehe’s husband, Scott Wiehe.

“Scott has really embraced GPS,” Petrovits says. “It’s saved us so much labor and time.”

Petrovits concentrates on the field operations, and Wiehe manages the office. “We stay out of each other’s business,” Wiehe says. “We have supreme confidence in each other. We balance each other out. I’m much more conservative, but you also have to be willing to take a risk.”

Adds Petrovits with a smile: “We each have our dirty jobs. She has to deal with workers’ comp and I have to deal with dirt.”

Building a team that will manage the company after Petrovits and Wiehe step back is paramount to the two leaders. Wiehe says: “It’s on my radar to build our team, hiring people that are 25 to 30 years of age, with the intention that when we get older, they will be in their prime. The incoming group needs to see the opportunity in this business, and it needs to be sooner rather than later.”

And, says Wiehe, the younger employees at the firm have offered “a breath of fresh air. I know there will be a BTM – or a version of it – in the future.”

The company operates within a 100-mile radius of Poughkeepsie. It’s small enough to compete with the local contractors but still take on a $7 million contract that puts it up against larger contractors, Petrovits says. “There is enough work for everyone.”

Safety is a BTM mantra, and the company has a 0.849 experience modification rate. “There’s not one single thing that we can’t take 5 minutes more to figure out how to do it safely,” Petrovits says. “And it’s not just checking the box. Guys can smell if you’re just going through the motions.”

When the Great Recession hit, Petrovits and Wiehe managed to keep their team employed by taking a hard look at costs. “2012 was the bottom,” says Petrovits. “There wasn’t any work to do, but every single employee stuck with us. We’re the proudest of getting our people through tough times.”

The two also examined their pickup truck fleet during the downturn. “We found out that the smart thing to do was to spend the money and buy them,” Petrovits says. This was especially true because of BTM’s snow removal work. “Six years is it for these trucks,” he says

They also switched from using three-quarter-ton pickups to half-ton pickups, citing reduced fuel consumption and cap ex costs. BTM uses the trucks’ telematics system to enforce a driver safety program. Based on a point system, points are deducted for rapid acceleration and excessive idling. Employees who come out on top are recognized at the end of the year.

The company also has a significant fleet of heavy trucks, including seven tri-axles, three dumps and two low boys, all of which are constantly on the move. “We buy new and have switched to automated transmissions as our drivers get older,” Petrovits explains. “We have a 40-year veteran driver, and using this transmission means he’s not exhausted at the end of the day. It’s also safer and more fuel efficient.”

A newer addition to BTM’s fleet is its milling machine.

“We got into the milling side of the business because we found that we were either trying to solve our own problem or meet a customer’s need,” Petrovits says. He now calls purchasing the milling machine “a huge home run. We used to sub our milling work out or have to pass on work because the milling sub was going to get most of the contract. It let us control our own destiny and we’re able to bid on more projects.” Buying the milling machine was also a symbol that BTM had come out of the recession, he adds.

The company has a three-man maintenance shop. Wiehe says: “Our philosophy is if something is broken, bring it in and get it fixed. Don’t just run it.” But today’s complex machines do mean that dealer service agreements will probably play a larger role in the company’s fleet maintenance.

“Our equipment manager, Craig Dauley, is good at shopping around and listening to vendors,” Petrovits says. “He’s involved and brings me ideas.”

“Their equipment maintenance is one of the best I’ve seen in 35 to 40 years of construction supervision,” says John Amato with Thalle Industries, which supplies asphalt to BTM.

Amato adds: “They’re really a company that makes the construction industry look good to the traveling public. When they leave a project, you would never know that a construction company was even there. There’s no debris or imperfections and the landscaping and striping are all picture perfect.”

“They are well known around here,” says Vinnie Guerriero, a former Fluor construction manager at a local IBM facility. “It’s hard to get on their schedule because everyone wants them.” 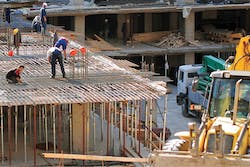 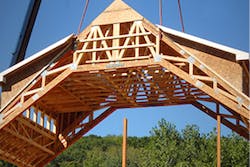 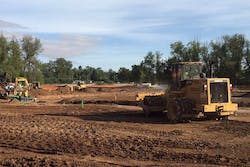 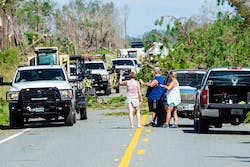