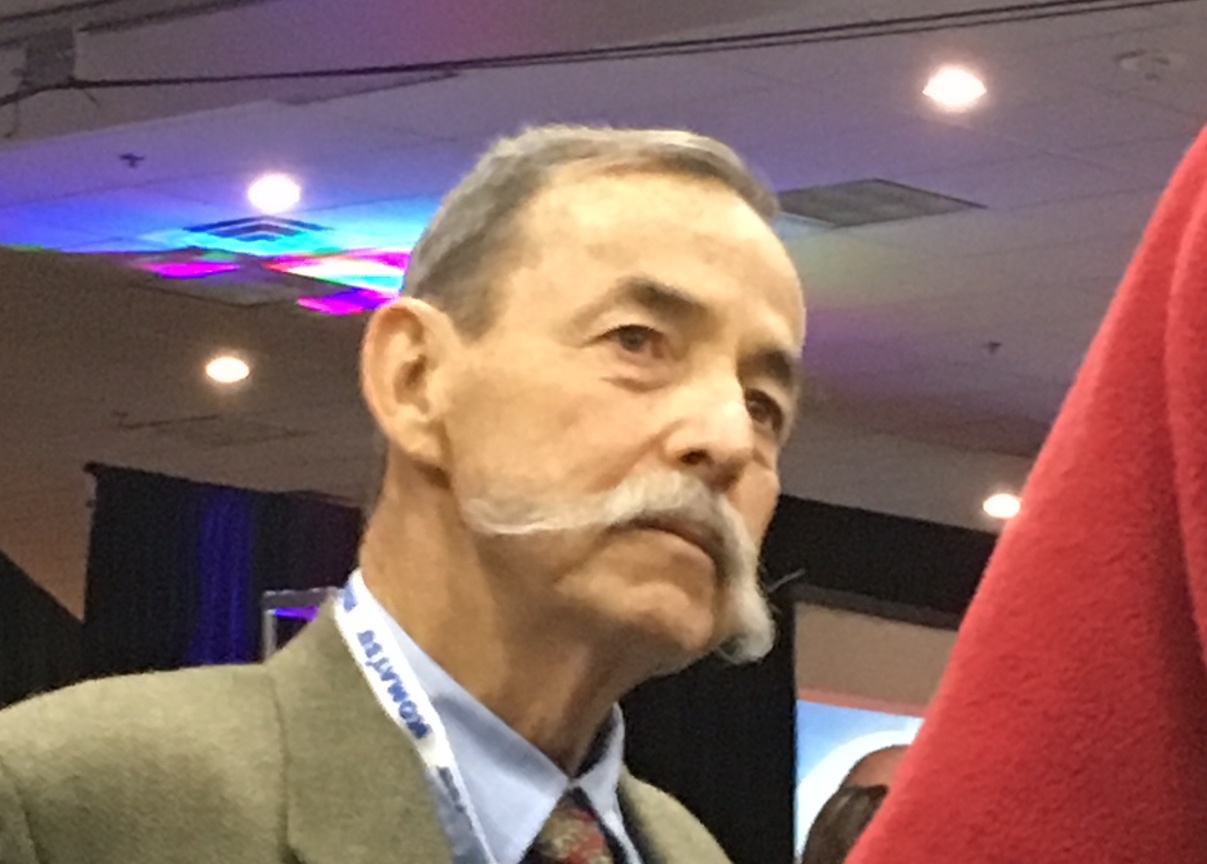 Anybody who has been around the Association of Equipment Management Professionals in the past three decades probably knows Chris Ryan, if for no other reason than his enormous moustache.

But Ryan is also well known for the leadership role he’s taken in everything from the group’s board of directors and executive committee to his role in redevelopment of the certification program for AEMP Certified Equipment Manager program in 2005. Before that Ryan was active in the Associated General Contractors of America, the Equipment Management Council (which became the AEMP), the American Society of Mechanical Engineers and in helping the industry develop safety and training standards for crane certifications.

Recently retired as the corporate equipment manager for Boh Bros. Construction of New Orleans, Ryan’s legacy and work was celebrated recently when the AEMP inducted him into its Hall of Fame at its 35th Management Conference and Annual Meeting in Las Vegas.

Ryan, a Vietnam War veteran, put in nearly 40 Years at Boh Bros. Construction, starting out as a laborer and moving up through the ranks to foreman and estimator.

“When my father decided we had reached the point in our company history that we needed a dedicated equipment manager and somebody to find us ways to get more efficient, he asked Chris to take this new job,” said Robert Boh, president of Boh Bros. Construction.

“As the result of his leadership we have the structures and processes in place today to effectively manage our extensive fleet of heavy equipment and trucks,” said Boh. “He just made our company better. For all of his good qualities the ones that I most appreciate are his personal integrity and how he represented our company.”

In accepting his Hall of Fame award, Ryan said, “When I first came to this organization, I looked around and thought, I can’t even carry the briefcases of these people around here. One thing that I found with all equipment people was that their openness, honesty, their willingness to share allowed me to go from zero to being able to manage a $500-million fleet. I feel like the guy who came to the casino with $5 worth of free play and now I’m leaving with a boatload of cash.”

Ryan also had high praise for AEMP. “It is through your kindness, generosity and willingness to share that we’ve all gotten better,” he said. “I don’t know of any organization that has come further and produced more for people in our end of the business than AEMP. This is a great organization and I’m proud to be a part of it.”

As a former Marine, Ryan also put in a word to encourage his colleagues to continue to recruit and employee former military members. “They have been trained and tested,” said Ryan. “They have the soft skills and the willingness. They’ve proven they can do the work. So I would encourage the organization to continue, as they have, to curry that relationship with the military, to put back to work a group of people who are more deserving than any other in this country.”