As part of the company’s ongoing, extensive cost-cutting plan, Caterpillar announced over the weekend that it would close its Danville, Kentucky, facility.

According to the Northern Kentucky Tribune, Cat will close the facility, which manufactures track-type undercarriage components, and move production to “other locations.”

The closure and transition are expected to be completed by 2017. A total of 50 empLouie’s at the Danville facility are expected to lose their jobs, whole another 25 of the facility’s workers will be moved to East Peoria, Illinois.

As a slump in the mining industry coupled with drastically-reduced oil prices have led to lower demand for heavy equipment, Caterpillar announced in September its plans to cut as many as 10,000 workers by 2018 in order to reduce costs by $1.5 billion.

Thousands of the company’s white collar employees have accepted early retirement packages and upwards of another 1,000 have been laid off.

The consolidation or closure of up to 2o facilities is also part of the plan. In addition to the Danville facility closure, Cat has announced that it will close its global mining headquarters in Oak Creek, Wisconsin, moving the 250 jobs there to a facility in South Milwaukee.

And according to a report from the Peoria Journal Star, Cat is considering the consolidation of manufacturing facilities in East Peoria. That move would “impact another 230 jobs over the next couple of years,” Cat guest and community relations director Henry Vicary told the Star. 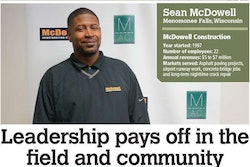 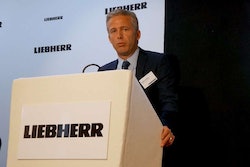