In order to create what Bomag Americas president Walter Link called a “North American epicenter for operations,” the company has announced that it will also be transitioning the manufacturing of its Cedarapids asphalt paving and CMI reclamation/stabiliziation equipment to its new South Carolina headquarters.

By the end of this year, the company will have transitioned production of its Bomag equipment from Kewanee, Illinois to the new plant located in Ridgeway, South Carolina. Bomag broke ground on the new HQ in February, construction began in March and is expected to be completed this month.

It was unclear where the Cedarapids and CMI-branded equipment would be manufactured, but the company has chosen to move that production from Oklahoma City to the new $18.2 million, 127,600-square-foot facility in Ridgeway.

The Cedarapids CR300, CR400, CR500, and CR600 Series pavers, CR662RM RoadMix material transfer vehicle, MS Series of material transfer devices, and Fastach and Stretch screeds will all make the move along with the CMI reclaimers/stabilizers.

“The infrastructure advantages [in Ridgeway] will contribute to new processes and expand support and service to our paving and road building customers,” said Rob Mueckler, Bomag Americas vice president of sales, in a prepared statement. “Cedarapids and CMI are both well respected brands in the industry, and we look forward to continuing to provide this equipment to our customers.” 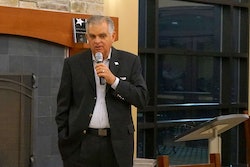 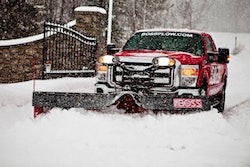