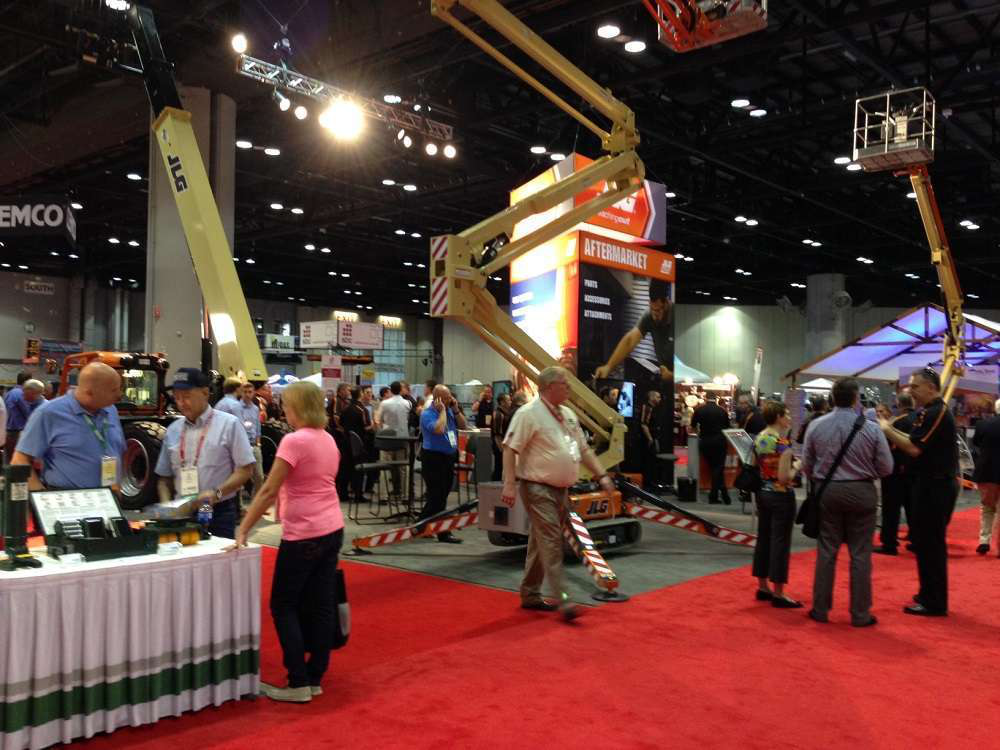 Attendees on the show floor at The Rental Show 2014 in Orlando, Florida.

With healthy returns posted for rentals in 2013, the American Rental Association is forecasting $41.1 billion in total rental revenues (including construction equipment, general tool and party and events) this year, and an upward trajectory for the total rental market that will reach $52.3 billion in 2017.

In addition, ARA says its Equipment Rental Penetration Index — a measure of how much the total construction equipment fleet goes first into the rental channel, measured on an original equipment cost basis — rose from 50.7 percent to 52.9 percent.

The ARA announced its forecast and the index at The Rental Show 2014 going on right now through Wednesday in Orlando, Florida.

Of those totals, construction and industrial equipment made up $22.3 billion and the segment grew year-over-year 7.3 percent. The U.S. totals tracked with what ARA predicted in November.

While healthy, capital investments have slowed down in comparison to 2011 and 2012, says John McClelland, ARA vice president for government affairs. “These numbers tell us the industry has caught up on the fleet side and is investing for the future instead of trying to catch up with current demand,” he says.

ARA partners with economic consultant IHS to compile the ARA Rental Market Monitor, which serves as the basis for this forecast, and the ARA Equipment Rental Penetration Index.