Kobelco Construction Machinery U.S.A. will initially offer 15 excavators ranging from 1.5 to 51 metric tons as it reintroduces itself to the North American market, said Katsuhiko “Pete” Morita, president and CEO, in an interview with Equipment World Wednesday during the bauma trade show.

“We’re happy to be back, promoting Kobelco” said Morita, referring to the end of a global alliance with CNH that ended this past December.

For the first time in 10 years, Kobelco is re-entering the North American market on its own. Despite initial reports that the company would return with it’s “true blue” color, the machines now being imported into North America will be a more traditional yellow.”That was specifically at the request of our dealers,” Morita said, indicating that 55 machines arrived in the United States this week.

Kobelco has established what it calls a “temporary” home in Houston, and intends to build a North American headquarters in that city in about two years.

“Our facility now does not have the parts storage space we feel we’ll need in the long term,” Morita said. In addition, the company has recruited industry veterans Ron Hargrave and George Lumpkins to its executive team.

Kobelco is currently soliciting dealers, and Morita anticipates the company will have 30 dealers by June, with a goal for 50 North American dealers by the end of the year. “We are creating things from scratch again,” he admits, “but several dealers that carried Kobelco excavators under CNH are interested.”

Morita said he would like to see the company eventually recreate what it had before the agreement with CNH: a small, strong dealer network with 10 to 12 percent market share.

“Our message to the market is that we are a single-line excavator specialist, with excellent technology and a simple, speedy and open way of doing business,” he says. “We are confident that once contractors get on our machine, they will be able to see the difference. All excavators are not the same.”

The company launched its new website, www.kobelco-usa.com on April 1st. 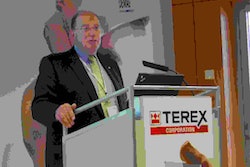 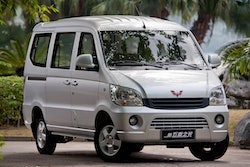 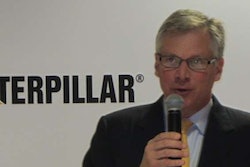