With a current cash flow balance that’s better than expected, Navistar officials said the company is in the midst of a ‘great turn-around story,’ according to report from our sister publication CCJ.

Newly appointed CEO Tony Clarke said Navistar has seen a 25-percent boost in stock price per share.  and are strong signals the company is “headed in the right direction.” And how did Navistar get there? “Reinforced internal control issues, a rapid-response team to deal with ‘legacy issues,’ and ahead-of-schedule Cummins ISX15-equipped ProStar+ trucks, according to the CCJ report.

A few years ago, Navistar and its International brand made the controversial decision to move away from Cummins and focus on launching its own proprietary MaxxForce diesel engine line. That meant sticking with an EGR-only solution to meet 2010 EPA emissions standards in the 13- and 15-liter MaxxForce engines.

The EGR-only push failed and late last year International announced that it would be partnering with Cummins again on an EPA-compliant 15-liter option using SCR technology in the first quarter of this year with an SCR version of the MaxxForce13 following soon thereafter.

“…Although we remain committed to our turn-around process, we feel this is a time that we can start to look forward; and I can tell you there’s a lot of good stuff coming from Navistar very soon,” Clarke said.

As for those Cummins-equipped ProStar+ trucks, Jack Allen, president, North America Truck and Parts for Navistar, said it was a sign Navistar was “shifting momentum” and that the company has 1,100 of those trucks already built and more coming. 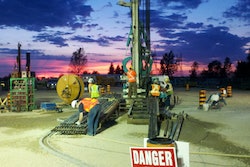 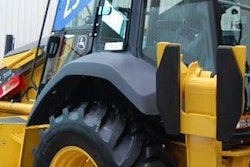