Tomorrow, one of the largest auctions of construction equipment in the state of Alabama’s history will be held in Tuscaloosa, where struggling Racon Inc. will sell off $26 million worth of machines.

In all, 675 pieces of equipment will be auctioned off including 300 to 350 earthmoving machines and 45 pickup trucks. You can view a listing and photo gallery of the available equipment here.

More than 1,000 people are expected for the auction, not counting those who place bids online. The auction will open at 9 a.m. on Wednesday and Thursday though the company’s lot has been open for inspection since Monday. The company expects that most of the equipment will be used overseas.

Hit hard by the recession, Racon hasn’t seen a profitable year since 2009, as reported by the Tuscaloosa News. Consequently, it has decided to sell off its earthmoving assets completely and exit that business. Its bridge division will remain operational.

Established in 1981, Racon finished about $1.1 billion in construction jobs in its more than 30 years, much of that work being site prep. The Tuscaloosa News reports that Racon site prep for the construction of the area’s Mercedes-Benz plant in the 1990s, a JVC manufacturing plant, as well as Tuscaloosa area bridges and highway bypasses.

At its high point, Racon employed more than 600 people. That number has since dropped to 80 employees. Should the bridge division not find enough work in the next year or so, the company has said it will close and sell of that division and go out of business. 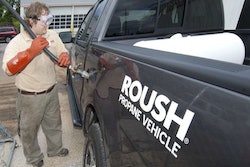 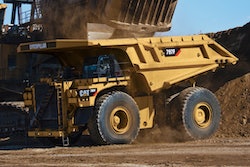 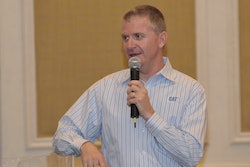