Working under the theme “ready for more,” Cummins‘ Tom Linebarger, chairman and CEO, says the company is showing this theme in three basic ways:

Linebarger’s remarks were made at MINExpo, now being held in Las Vegas through Wednesday.

In addition, Cummins is now adding dual fuel natural gas options, which it sees as a huge opportunity in mining.  The first Cummins dual-fuel engine, the QSK60, is now being field tested, with a fuller announcement promised “in the coming months.”

Cummins says its dual-fuel engines will use integrated controls that optimize the substitution rate based on operating conditions, seamlessly transitioning between diesel and dual-fuel modes.

“The dual-fuel opportunity is huge in mining,” says Mark Levett, vice president and general manager, high horsepower business. “Mining trucks can use 1.5 million gallons of fuel a year, and this could save them can save $500,000 per truck per year. “ 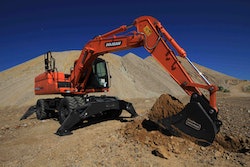 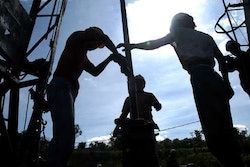 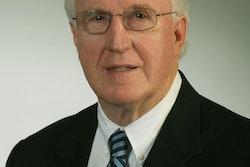