Navistar says it is hitting the “reset” button.

After years spent developing and marketing its own engine platform, a series of negative turns this year resulted in an about-face on Navistar’s engine technology and a nosedive in its stock price. Now, executives say, they are charging ahead with a new engine strategy and a plan to restore customers’ and investors’ confidence in Navistar’s products and to return the company to profitability.

“We really feel like our competitors are telling our story instead of us, and we want to change that,” said Jack Allen, North American Truck Group President for Navistar, during a meeting at Navistar’s headquarters in Lisle, Ill., with editors from Randall-Reilly Publishing Co., publisher of Overdrive

Allen says the controversial push to meet 2010 emissions standards using an exhaust gas recirculation-only engine, as opposed to one using selective catalytic reduction, was rooted in the pride Navistar takes in understanding its customers. “More than 9,000 fleets went out of business during the economic crash, while government regulations such as HOS, CSA as well as rising fuel prices have created big challenges for them,” he explained. “We really thought an engine without SCR would be a big help to them.”

Every other diesel engine manufacturer ruled out an EGR-only engine as impractical for meeting 2010 standards set by the U.S. Environmental Protection Agency. But Allen said Navistar felt their engineers could develop one, which would give the company a huge advantage for years.

“So we started early back in 2000 building engines that allowed us to stockpile credits because we knew we’d have a race against time on our hands to get to the EPA’s 2010 NOX requirement of .2 grams before those credits expired,” Allen explained. “And it really surprised us how loud our competition screamed about our efforts. They were scared to death.”

In the end, “Our EPA credits ran out before we could get the technology perfected,” he said. “The angst in the marketplace was starting to become overwhelming. So we’re going to move forward.”

As previously announced, that means offering the Cummins ISX15 in ProStar+ tractors beginning in January, with an EPA-certified MaxxForce 13 (with ICT+ exhaust after-treatment, Navistar’s SCR technology) appearing in March. Until then, the company will continue to sell EGR-only MaxxForce 13 engines and pay an EPA non-compliance penalty for each one sold. A final EPA ruling as to the amount of the NCPs per engine is expected in 30 to 60 days. The announcement also said that Navistar would adopt a proprietary selective catalytic reduction system based on Cummins exhaust after-treatment systems.

A Federal Appeals Court decision last month ruled that EPA did not follow proper procedures in assessing non-compliance penalties (NCPs) to the MaxxForce 13 engines. The ruling also said that initial NCPs of $1,200 per engine were insufficient punishment and created an unfair advantage for Navistar over competitive companies that invested in SCR technology.

The court decision intensified the industry spotlight on Navistar’s struggle to develop an EGR-only emissions solution as well as the company’s ability to continue selling non-compliant engines. Additionally, reports of reliability issues with MaxxForce-equipped International Trucks and questions about the value of MaxxForce-equipped used trucks have led to Navistar’s stock prices to drop from $47.42 a share in February to $24.75 a share by mid-August.

Prior to the decision, Navistar’s EGR-only project had devolved into a bitter war of words and lawsuits against competitors, the California Air Resource Board, EPA and even customers as the company struggled to perfect its emissions solutions before EPA credits expired. The fallout left Navistar battered, and the North American trucking industry awash with rumors of unreliable engines and angry dealers and customers. Mainstream reporters for Forbes and The Wall Street Journal in recent months questioned the company’s long-term cash-flow situation and viability, and reported on shareholder efforts to remove top Navistar officials. There has been speculation that an acquisition of the venerable North American truck maker by foreign automakers or full-blown bankruptcy are likely outcomes.

Allen and other Navistar officials expect nothing like that, now that their new strategy is in place. Customers should not be hesitant to purchase an EGR-only MaxxForce-equipped truck between now and March, Allen says. And likewise, he predicts concerns over the resale value of EGR-only MaxxForce will prove to be temporary as well.

“The judge didn’t void the trucks,” he says of the recent appellant court ruling. “Check out the website about trucks sold under interim rule. Nothing will happen. And as for used truck values? We feel the secondary market will be very receptive to a truck built without SCR. We don’t think the truck market will penalize that at all. Our MaxxForce fuel economy is great. Our performance is great. And we have more than 50,000 of those engines out there.”

Likewise, there should be no concerns about integration of the ISX15, says David Majors, vice president for North American product development. He says that Cummins and Navistar engineers working at an International R&D center in Colorado took a Cummins ISX15 from competitor’s truck, installed it in a ProStar+ and added a Cummins after-treatment system in two days.

“We can’t afford any more teething problems,” Majors conceded, referencing problems with MaxxForce reliability. Shick said those problems were a result of production ramp-up problems and not related to EGR or high engine temperatures, as rumored.

“Customer demand had increased greatly,” he said. “We were building 220 trucks per day.A lot of our big suppliers went to third shifts to keep up with demand.” Inexperienced employees led to problems with leaking EGR coolers and some valving issues, he said. Those issues cleared up as more experienced employees taught the newer ones.  And we are still replacing some of those parts.”

“Our strategy here is to get the Cummins ISX15 out there first,” Majors added. “It’s already proven from an EPA standpoint and will be offered in the ProStar+ with four ICT+ packaging options. We’ll add the MaxxForce 13 back into the mix in March, followed by full engine integration into ProStar, WorkStar, TranStar finishing up with the 9900 and PayStar. We will be fully integrated throughout our model line with these new engines in 2013.”

The current plan leaves up in the air the status of the MaxxForce15 diesel engine, which has not begun the certification process for EPA approval. “We haven’t made any final determination on that engine,” Allen said.

The time and money poured into the EGR-only technology wasn’t wasted, Allen stressed. “We don’t lose anything from the in-cylinder standpoint. We learned a lot about the different levels of EGR. And we feel we can combine that knowledge with proven Cummins after-treatment systems and have a winning engine with a winning emission solution.”

This approach will give Navistar customers “the best of both worlds” in terms of diesel engine technology, said Tim Shick, vice president of North American engine sales. “Most of our base engine components are the same,” he explained. “This includes the entire EGR system, the fuel system, and the turbocharger. Only now we’re adding a NOX sensor and Cummins after-treatment. So our efforts are directed at adjusting our combustion chemistry: making our exhaust more similar to what the Cummins after-treatment system is used to seeing.”

And while the return of Cummins power to its heavy-duty lineup will provide Navistar with much-needed stability in the volatile months ahead, the question remains of how the move will be received by Caterpillar and its new CT660 heavy-duty truck, which is built by Navistar. When asked if Caterpillar would assent to Cummins power, Shick was noncommittal. “Surprisingly, their first response was not, ‘Hell no!’,” he said. “Over the next 30 to 60 days we’ll have an answer whether it’s our 15-liter or Cummins’. In the interim, we have the 13-liter engine, and that’s been working well for them.”

Navistar’s EGR research gives the company a “huge” advantage in terms of enhancing SCR, Majors said, and will eventually yield a superior heavy-duty engine offering.  “Fuel economy and performance will be improved over time as we get comfortable with SCR and dial back the amount of EGR in the combustion chamber,” he said. “But for now, the emphasis is on getting the engine certified and soothing the angst that is out there. 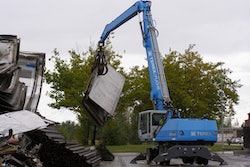 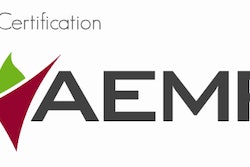 AEMP details the many benefits of “going green” with your fleet 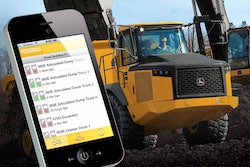