AEMP details the many benefits of “going green” with your fleet

For those contractors who are still wondering whether or not it’s worth it to go ahead and begin to “go green” with their fleets, Michael Brennan had a straightforward message Wednesday.

“(Green is) already here. The governments are mandating certain regulations and we really don’t know what they because they’re changing,” Brennan said. “And there’s regional pockets that have different requirements.”

And beyond the fact that transitioning to a “green fleet” is a sure way to keep your business in line with these regulations, Brennan, said going green benefits the bottom line and will help contractors lower expenses and maximize revenues.

Brennan, fleet manager for Manatee County in Bradenton, Florida, and Sara Sanderman of the Association of Equipment Management Professionals, addressed contractors Wednesday during the first day of the 2012 Construction Symposium in Dallas. The presentation also detailed the AEMP Green Fleet Objective which certifies green fleets.

The first benefit of a green fleet that Brennan highlighted was fuel savings. Because new diesel engines are not only cleaner from an emissions standpoint but are also more fuel efficient, they can lower your annual fuel cost in a real way. And with the unpredictable nature of fuel prices, using less is always a good thing looking forward.

To save even more on fuel, Brennan suggested a written idle policy. This policy is basically a written statement from a company that it does not allow equipment to idle when not in use. Brennan called it a “low-cost step that will provide a return on investment quickly.”

“Just remember when an engine idles it gets 0 miles per gallon of work. You’re not getting anything for that fuel,” he said.

Brennan also noted because of newer engines’ improved oil drain intervals, there is a reduction in needed maintenance and thus maintenance cost.

Moving forward now with the adoption of greener policies also makes a business more attractive to the increasing number of government entities and businesses demanding the companies they work with have some type of green fleet policy.

“They want to know what you’re doing, what you’re burning,” Brennan said. “Are you being cost effective?”

Because of this, companies that adopt green policies have a greater advantage for securing projects and revenue and by not providing proof of emission reduction, risk losing a potentially lucrative project before bidding even begins.

To encourage more fleets to take advantage of these opportunites and benefits, Sanderman said the AEMP began its Green Fleet Objective about two and a half years ago to create the first national system and tool to recognize fleets and fleet managers for taking proactive steps toward going green. It was developed by emissions experts, OEMs and the AEMP Green Fleet Committee.

AEMP Green Fleet certification consists of a proactive progression component with four green levels with requirements that will increase every two to three years as the industry continues to evolve.

As of this year the four levels are as follows:

Once it receives the application, Sanderman said the AEMP reviews the materials and informs contractors in about a week of their green status. She said 9 fleets have been certified so far, including government, private and rental fleets.

In addition to the improvements to the bottom line, Brennan added that a green fleet enjoys an improved public perception — the AEMP offers decals for fleet equipment to proudly display your certification — an enhanced regional repuation, enhanced brand recognition and a boost to a company’s employee health and morale.

To get started on your AEMP Green Certification click here. 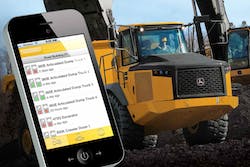 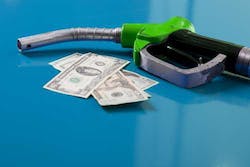 New York Times weighs in on the gas tax 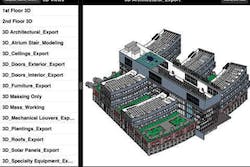 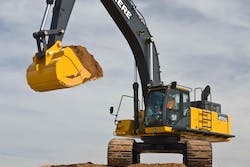