“We are pleased with the successful launch of our new services and early reviews from our customers are very encouraging,” Peter Blake, the company’s CEO, said in a written statement about the earnings results. “Our third quarter earnings came in well below last year’s earnings, however our outlook for our full year results remains unchanged and we believe we are on track to achieve our targets for the year. During the third quarter, market conditions became more challenging due to economic uncertainty and the sudden erosion of confidence, particularly in the US market.  This exacerbated the already tight supply of equipment, which reflects reduced manufacturer production over the last couple of years, inhibiting the velocity of transactions in the used equipment market.

Net earnings for the quarter

On July 1, 2011, as previously announced, the company launched a range of value-added services for its customers in the United States and Canada, with many of these services also available at other auctions around the world. These value-added services include the Detailed Equipment Information program, Insurance Services and Powertrain Service Warranty.

In addition, Ritchie Bros. Financial Services (RBFS) began providing financing options for customers who purchase equipment at Ritchie Bros. auctions. The company expects to complete the roll out of these services to its remaining auction locations around the world in the future. The company’s value-added services are designed to extend the appeal of its auctions, thereby enhancing the Company’s ability to retain existing customers and attract new customers. In addition, Ritchie Bros.’ revised administrative fee structure took effect on July 1, 2011.

Blake notes that it’s “important to remember that our auctions are not fixed in a quarter and this was evident in this quarter as a number of auctions that occurred in quarter three 2010 will take place in quarter four 2011.”

He says that in the third quarter, 30 percent of the compnay’s gross auction proceeds were at risk, which is more in line with historical levels compared to the second quarter, though the company still intends to use it as an effective tool to compete for the limited supply of late model equipment.

“These market conditions had an effect on our business in the third quarter; however, the pricing environment for late model equipment remains firm and our fourth quarter auctions are building strongly ahead of the equivalent period in 2010,” Blake said. “Our gross auction proceeds for October 2011 were approximately $280 million compared to $180 million achieved during the same month in 2010.” 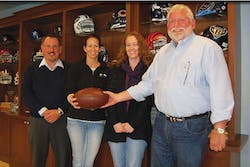 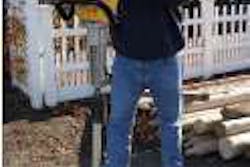 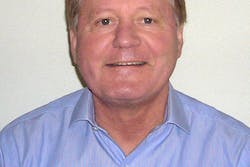 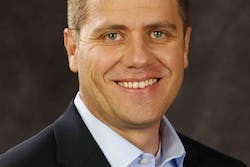