The company reported that cash flow from company operations was $40.8 million and net earnings of $9.6 million. It reported diluted earnings per share at $0.22.

Demand for building materials and construction products remains weak, according to Eagle Materials. “Implementing capital projects that will reduce our costs and enhance our competitive positions remains a major focus for all Eagle Materials employees,” the company says in its earnings report.

Other notable items from the Eagle Materials quarterly report include the following:

Gypsum wallboard and paperboard’s second quarter operating earnings of $5.1 million were down 10 percent compared to the same quarter last year. Lower wallboard sales volumes were the primary driver of the quarterly earnings decline.

During the second quarter of fiscal 2011, we received a final assessment from the IRS related to their audit of the Republic asset acquisition in tax years 2001 through 2006. In connection with the final assessment, we paid approximately $29.5 million in federal and state taxes. This payment and all payments previously deposited with the IRS (totaling $98.7 million) were applied to pay the taxes, penalties and interest assessed by the IRS. We have filed refund claims with the IRS to recover all payments made related to the Republic asset acquisition and in the event those refund claims are denied, we will file a lawsuit in Federal District Court to recover the requested refunds.

Additionally, net earnings for the second quarter of fiscal 2011 were affected positively by approximately $2.5 million, or $0.06 per diluted share, to reflect the difference between actual interest assessed by the IRS and previously accrued interest. These benefits were handled as discrete items in the tax provision and interest computations.

Eagle Materials uses the equity method of accounting for its 50-percent interest in the joint venture.

For segment reporting purposes, the company proportionately consolidates its 50-percent share of the joint venture’s revenues and operating earnings, which Eagle Materials says is consistent with the way management organizes the segments in the company for making operating decisions and assessing performance.

In addition, for segment reporting purposes, the reports intersegment revenues as a part of a segment’s total revenues.

Intersegment sales are eliminated on the income statement. 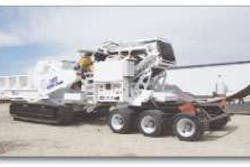 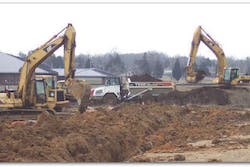 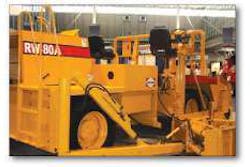 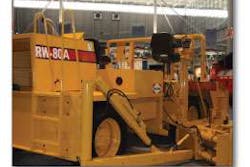