The functions of the high-flow CP18E, CP24E and CP30E cold planer models can be controlled from the cab, including depth, tilt and side shift. They join the CP12D, which is a standard-flow attachment requiring manual adjustment.

When’s it time to knock down a wall, crush through some concrete or slice through rebar, these 10 attachments for construction equipment can help get the job done.

Volvo CE to drop model letters, other designations from machines

In a move that it says will declutter the many iterations today’s machines go through, Volvo Construction Equipment model names will now just feature the product type and size, and no longer show details such as model series and variant.

The action is similar to Caterpillar’s 2017 move when it dropped the letter designation on most new models, and announced it would also do the same with its dozer line late last year.

Pretty soon you’ll be able to buy an electric Bobcat excavator from a company called Green Machine. Who’s Green Machine? What’s the difference between a battery-powered machine and an “all-electric” machine? In this video we break down Bobcat’s unique electric retrofit partnership with Green Machine and discuss the company’s work on making fully electric machines a reality. 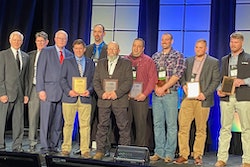 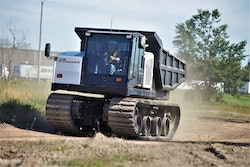 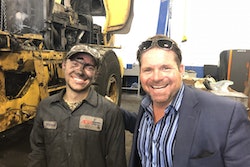