Right to Repair vs. Right to Tamper: Construction equipment dealers enter the fray

Like a legislative twister, the movement known as Right to Repair (R2R) is zigzagging across the continental U.S. with varying degrees of force ­­– touching down so far in 14 state capitols with bills written so broadly that the construction equipment (CE) industry has been pulled into the political storm, according to a panel of speakers addressing the subject during the recent annual meeting of the Associated Equipment Distributors in Chicago.

Five states have been identified as medium risk for R2R legislation by the Coalition Opposed to Illegal Tampering, the multi-industry coalition against R2R. Another eight states have some vulnerability to becoming future battlegrounds, says the coalition. Today, Maine and Minnesota are the two most volatile theaters.

While on its surface R2R has a ring of equipment-owner fairness and common sense to it, the language of these bills offers little sense for CE manufacturers, dealers and customers, according to the panel.

The potential stakes are high, said panel members. Such legislation could give unrestricted access to a machine’s embedded software and digital componentry and affect equipment safety and emissions compliance. A dealer’s aftermarket business could also suffer – some bills, like the one in Minnesota that narrowly averted a House vote, would mandate that OEMs sell repair parts direct to owners and independent repair shops at dealer net price, according to George Whitaker, manager of state governmental affairs for CNH Industrial. He said it’s nothing short of government overreach.

“Right to repair is really a misnomer,” Whitaker said during the panel. “We support the right to repair as OEMs, and I know you, as dealers, support your customers; you help them in any way to reduce downtime and keep them operating. So fundamentally we all support the quote-unquote right to repair. What we can’t support is what we see too frequently in the language of these bills, and that’s the right to tamper; the ability to get into the operating code of the machine, to change the emissions controls, to change safety, to change the operating specs of the machines.”

Advocates for R2R chiefly come from two places: consumer electronics and agricultural equipment owners. The panel hasn’t seen R2R advocacy originating among CE customers. However, citing the ambiguous crafting of the bills, OEMs and dealers in the CE industry are not just concerned, they’re mobilizing.

The No. 1 goal of the diverse coalition opposing R2R is to get CE and agricultural equipment as well as on-highway medium and heavy trucks exempted from all state R2R bills, according to Tia Sutton, vice president at the Truck and Engine Manufacturers Association.

If a bill’s language survives intact, however, the goal shifts to preventing a bill from passing in a state, and thus giving momentum to the R2R movement.

Thus far, coalition leaders have thwarted the passage of R2R laws by engaging both CE and ag dealers that do business in those states. Coalition leader Jason Francque, director of government affairs at Deere & Company and Whitaker have participated in legislative hearings, committee meetings, as well as farm bureau and union gatherings to demonstrate the unintended consequences R2R would bring to the industry.

The coalition has identified the following organizations as leading proponents of R2R legislation: Ifixit.org, which identifies as “wiki-based site that teaches people how to fix almost anything;” the Repair Association, which “represents everyone involved in repair and reuse of technology;” the Electronic Frontier Foundation, “defending civil liberties in the digital world;” and the U.S. Public Interest Research Group, speaking “out for a healthier, safer world in which we’re freer to pursue our own individual well-being and the common good.” (All quotes come directly from each organization’s website.)

“We recognize that in order to be successful this year, we need to up our game because we know the [R2R] proponents are doing the same,” said Francque. “As we go into 2020, the key thing we need to do is broaden our coalition.”

Coalition-member Association of Equipment Manufacturers has launched a PR campaign that includes co-sponsorship of the R2Rsolutions.org website, producing a video that articulates the OEM-dealer position, albeit primarily from ag equipment viewpoint. The video also rolls out the Memorandum of Understanding that manufacturers have brought to the ag industry, effective January 2021. In the MOU, manufacturers say they are committing to providing customers with full repair information and a diagnostic tool for assessing the severity of machine alerts. Francque said the coalition is using this voluntary commitment as a strong demonstration to legislators that it isn’t objecting to customer equipment repairs per se.

Tom Walters, Caterpillar’s director of U.S. state and Americas government and corporate affairs, emphasized the necessity for an industry all-hands-on-deck approach to educating the public as well as legislative bodies.

“We’re not sitting back and just letting [proponents] pound on us,” Walters says. “We are proactively trying to address the concerns … and if you don’t come to the table, [R2R advocates] will do it for you and we’re going to lose this issue.”

Whitaker’s message to dealers: “If there’s a bill in your state, please engage. Dealer engagement is critical to success,” he said. “Legislators listen to people with businesses in their state.” 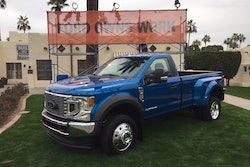 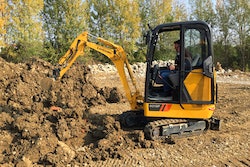