In preparation for new standards for aerial lifts that take effect in December, Genie has unveiled two new scissor lift models for the U.S. market, along with upgrades to its full line of GS slab scissors.

During a press event September 17 at its headquarters in Redmond, Washington, the company announced that it will add the new 46-foot GS-4655 to its slab scissor lineup for the global market, including North America. And it will introduce to North America the 19-foot GS-1932, a model that has been on the European market.

Caterpillar gave a sneak peek of a new automated soil compaction system that allows the operator to simply tap a few buttons to get the compactor automatically rolling, rather than having to input a load of data.

The new Command for Compaction system’s touchscreen for Cat’s B-Series vibratory soil compactors enables the operator to set a few parameters, hit “auto,” and the compactor takes over. The system controls the compactor’s forward and reverse movements and vibration. It uses common base stations and does not need design input or back-office assistance as with other intelligent compaction systems, Cat says.

“The system is simple,” said Dave Gerding, Cat global sales consultant, during a press event at Cat Paving’s headquarters in Minneapolis. “You tell it where to compact, and it’s ready to go.”

Volvo’s VDS, which debuted in Europe for the 2014 model year, will be available as an option in the Volvo VNL and VNR models in early 2020.

According to a survey of 250 drivers conducted by Volvo, 82% of respondents reported being in pain on the road, with 63% reporting they regularly visit a doctor in order to cope.

Genie has launched five new high-flotation and four new tracked models of aerial work platforms for operating in soft sand, turf and other sensitive ground conditions that tend to bog down traditional lifts.

The new models range in max platform heights of 40 to 65 feet and load capacities of 600 to 1,000 pounds. They are based on Genie’s XC (“extra capacity”) boom models and meet new ANSI standards for aerial platforms that will take effect in December, the company says. 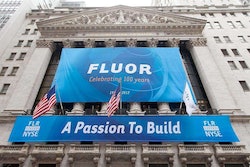 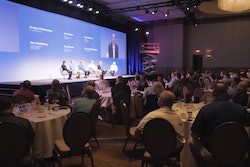 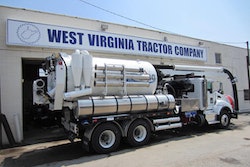