The July 19th tornado that destroyed two of Vermeer’s seven manufacturing plants and took a heavy swipe at a third is now giving the company a unique opportunity to reset.

This opportunity would have had an entirely different tone if there had been any loss of life or significant injuries that day. Adding to the complexity: the roughly 280 customers and dealers who were still on site after celebrating the company’s 70th anniversary earlier in the day.

Comansa has launched a new tower crane model that is the largest capacity crane in its 2100 Series.

Comansa says the new 21LC1050 is a good fit for large industrial or mining projects as well as for vertical construction involving prefabricated and steel structures.

During this construction season, the Minnesota Department of Transportation began requiring intelligent compaction (IC) and paver-mounted thermal profiling (PMTP) on all highway projects that are four linear lane miles or more.

Minnesota began phasing in the technologies in 2014, and this year, it became the first and only state to fully implement IC and PMTP.

With full deployment just getting off the ground this spring, it’s too soon to do a true cost-benefit analysis, says Rebecca Embacher, advanced materials and technology engineer for MnDOT.

But the technology is no doubt proving successful, she says.

Hiab has expanded its loader crane lineup with three new models focused on building material loading jobs this week at the IAA show in Hannover, Germany. The new cranes range in capacity from 13 metric tons (14.3 tons) to 20 metric tons (22 tons).

Featuring the Hiab HiPro remote control system and high-speed extensions for fast operation and long reach, the company says the new machines will allow operators to get more done each day and more safely.

John Deere says it has entered into an supplier agreement with Wacker Neuson that will see the German equipment manufacturer building small excavators for Deere.

Under the agreement, Wacker Neuson will build Deere-branded compact excavator models ranging from 1.7 to 7.5 tons. Deere says these machines are “specifically designed and manufactured” to meet the needs of customers in the growing Asia-Pacific marketplace.

Deere tells Equipment World that the off-highway use of excavators has grown 55 percent in China in the last year alone due to “increased urbanization, more demand for urban landscape works and the trend to replace manual labor with equipment.” 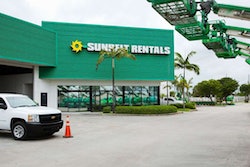 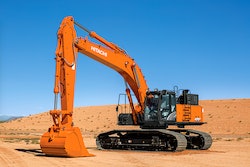 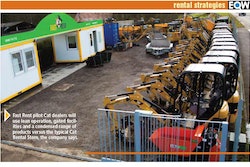