John Deere says it has entered into an supplier agreement with Wacker Neuson that will see the German equipment manufacturer building small excavators for Deere.

Under the agreement, Wacker Neuson will build Deere-branded compact excavator models ranging from 1.7 to 7.5 tons. Deere says these machines are “specifically designed and manufactured” to meet the needs of customers in the growing Asia-Pacific marketplace.

Deere tells Equipment World that the off-highway use of excavators has grown 55 percent in China in the last year alone due to “increased urbanization, more demand for urban landscape works and the trend to replace manual labor with equipment.”

“In order to take advantage of the current market opportunity, speed to market is critical,” Deere says. A Wacker Neuson factory in Pinghu, China, will facilitate quick delivery.

As such, these machines will initially only be offered in China, Southeast Asia and Oceania, the region which includes Australia and New Zealand. There are no plans to bring these machines to the Americas due to the Deere-Hitachi joint venture here, but Deere says if the Wacker-made machines find success in the Pacific, “other markets may be considered.”

The machines are expected to launch in 2019 and will be sold and serviced through Deere’s dealer network.

“In partnering with Wacker Neuson, John Deere is leveraging the experience and success of their innovative and strongly customer-focused products to help us further develop our position in the Asia-Pacific region,” says David Thorne, senior vice president for sales at marketing at John Deere Construction & Forestry.

Deere says the goal of the alliance is “long-term collaboration in key growth markets.” The initial agreement will run for five years and can be extended in five-year increments.

The deal comes two years after Caterpillar ended a similar six-year partnership with Wacker. Between 2010 and 2016, Wacker Neuson built Caterpillar mini excavators. Cat opted to bring manufacturing of these machines in-house after seeing mounting demand for them. 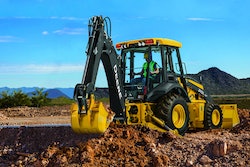 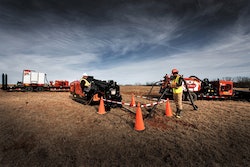 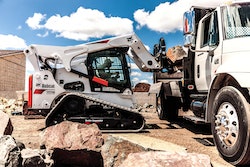 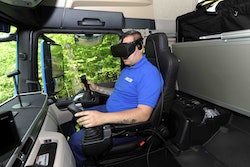