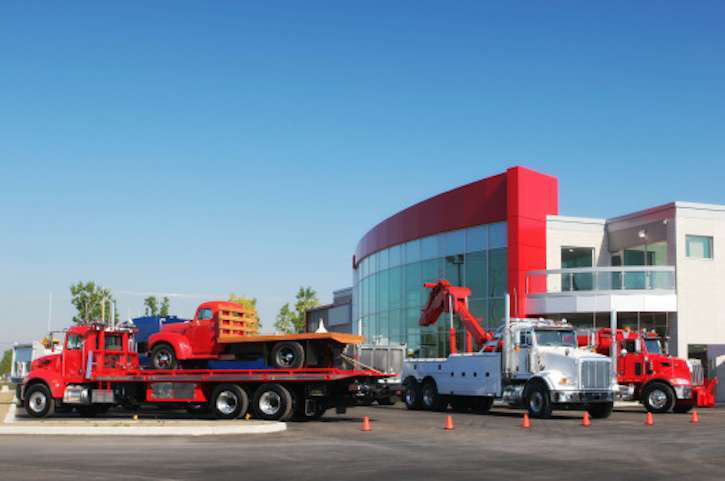 Note: This special report was published by Big Iron Dealer‘s sister news outlet on the commercial truck side, Successful Dealer. While the details included in this report are specific to commercial truck dealerships, some of the takeaways can be applied across multiple dealership industries. This article is Part II of a three-part series. To read Part I, please CLICK HERE.

After both parties have signed a NDA and hashed out a rough outline for a transaction, the seller provides recent financial statements and summary-level corporate information to the purchaser. This documentation is then evaluated by the purchaser’s acquisition team and legal counsel, who use it to create a purchase offer, included in a letter of intent (LOI).

In the dealer market, most prices featured in a LOI are established using a formula that measures the profits of a prospective purchase over a given period.

Because it is non-binding, Buelow says an LOI “can be developed fairly quick”—but it doesn’t have to be.

Kevin Tallman, president at Tallman Group, says his business prefers “a fairly lengthy LOI” built on exhaustive early research. Tallman says the extra effort put in at the beginning of the transaction minimizes roadblocks found in the later stages.

Additionally, in most transactions, buyers have the option to request an exclusivity period within a LOI, which requests a seller not enter other sales discussions with another potential purchasers during ongoing negotiations. Designed to prohibit a seller from ‘shopping around’ possible offers, these exclusivity agreements are meant to build trust during a transaction.

In transactions between two eager and willing partners this step can be uneventful. But when one or both choose to dispute the evaluation of the other, transactions can bog down, stalling for months and sometimes even collapsing.

The moment is especially emotional for sellers, who regularly are coming to grips with the reality of selling their life’s work.

“The hardest part [for sellers] is the emotional side,” says Scott Strothkamp, principal at CLA. “If there’s no succession plan in place it can be really difficult to walk away. To know that when [a deal] goes through you will have a different identity.”

The presentation of a LOI is followed by due diligence.

Arguably the most time-consuming step in a sale, due diligence is the period where a purchaser acquires as much information as possible about a seller, and tries to accurately determine how the business would be integrated into their existing operation.

This is when an acquisition begins to take shape.

“That’s when we work [with a purchaser] to substantiate what a seller is telling us,” says Buelow.

This also is an area where commercial dealership experience is valuable. Dealers familiar with acquisitions typically have due diligence checklists that can be immediately provided to a seller.

Fenn says he developed one in his past position at a dealership that he stills uses with clients today. Hefner and Tallman say they have tried-and-true procedures as well.

Once a seller begins producing the necessary documentation, a purchaser can begin reviewing the information with its legal counsel. In cases where discrepancies are found and/or new information contradicts previously provided data, a purchaser may choose to alter its offer to more accurately reflect the value of the business.

These changes typically lower a price, and will need to be presented to the seller for review.

Sellers have the right to dispute or reject any price change, and can request further negotiation to compromise on price or walk away from a deal.

Hefner says the financial implications for a seller cannot be overlooked.

“These deals are important to their retirement and estate planning. No one wants to rush through that. They want to take their time and make the right decisions and we really respect that,” he says.

The due diligence phase also is the best time to get OEMs involved. Truck makers have the authority to approve or reject sales of their franchisees, and request time to evaluate any potential merger or acquisition within their network.

Medium- and heavy-duty OEMs regularly approve mergers—evidenced by the statistics referenced in Part I—but parties should never assume a transaction will be approved.  Just as one dealer may reject an overture from another looking to sell, Allison says OEMs reserve the right to reject a merger that they believe does not benefit their dealer network.

Buelow says most OEMs have parameters in place to receive and respond to an acquisition proposal within a certain time frame. Like other steps in an acquisition, Strothkamp says the timeliness of a response varies depending on the dealers involved.

“OEMs are going to do due diligence on the sellers and buyers as well,” he says.

In some cases OEMs also may provide a conditional transaction approval, wherein the truck maker approves an acquisition on the condition the purchaser makes changes to their business or the business they are acquiring. These demands are most commonly linked to facility or technology upgrades, Allison says.

Due diligence should not be halted in advance of an OEM reply.

Sellers and purchasers should continue working on a transaction, sometimes even reaching the precipice of a purchase agreement. This allows the two sides to quickly finalize a transaction when OEM approval is granted. OEMs also can occasionally request more information about a deal before granting approval, and this information can be discovered or developed during the due diligence phase.

Day-to-day operations shouldn’t slow, either. Buelow says sellers specifically should continue operating their business as usual up to and through the instant they are sold.

This not only maintains the value of the facility but also reduces the appearance of change, which helps stave off sales gossip and rumors that can torpedo a sale.

Adds Strothkamp, “If an employee walks by the dealer’s office and sees no pictures on the wall they’re going to know something is up.”

This is Part II of Successful Dealer’s three-part series on a commercial dealership sale. Big Iron Dealer will post Part III, ‘Signing off on a dealership transaction,’ next week.