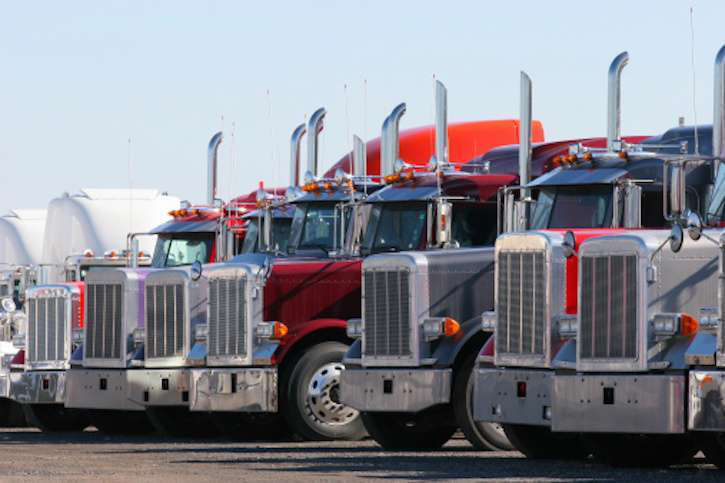 Note: This special report was published by Big Iron Dealer‘s sister news outlet on the commercial truck side, Successful Dealer. While the details included in this report are specific to commercial truck dealerships, some of the takeaways can be applied across multiple dealership industries.

Though the headlines and conversations were dominated by cratering truck sales, the volatility of the medium- and heavy-duty truck marketplace wasn’t the only story running through this industry in 2016.

Last year was awash in truck dealer mergers and acquisitions.

Successful Dealer published 20 stories of dealer mergers, acquisitions or consolidations last year, which breaks down to one every 13 business days. And that’s just what we received. There were almost assuredly more.

The commercial truck dealer market is in flux, and right now the industry’s wave is consolidation.

For those who are yet to experience one, the sale of a commercial truck dealership is an intricate process. There are clearly established steps for both sides, and in situations when both parties are eager to make a deal, a transaction can be made in a matter of months.

But not every dealership acquisition is an efficient, painless process.

For dealer principals who are the on precipice of making a purchase or sale, it is important to know exactly what will be expected of you throughout to ensure a successful transaction.

Part I: Determining the potential for a sale

Any dealership sale begins with a meeting between the two parties. A future sale must start somewhere, and with dealership sales, that starts with a declaration of interest from one or both sides.

Both a seller and purchaser can initiate such a conversation, though in cases where the latter opens the discussion, it is important for the first salvo to be measured, professional and respectful. A retiring dealer principal may know his business is inevitably heading toward a sale, but that doesn’t mean he wants a competitor showing up at his door asking how much he wants for it.

In cases where a seller reaches out to a possible buyer, the situation is more direct. The latter simply needs to decide if a potential expansion would be a shrewd business decision. This can be a difficult task for dealers who have never completed an acquisition before. Fortunately, there are consulting and advisory firms in the industry that can provide guidance to help determine the viability of an expansion.

“You have to decide, ‘Is this going to be a good transaction? And if so, what is the most efficient way to make the transaction?’” says Tony Allison, partner with Crowe Horwath, LLP.

So long as both sides are interested a question one is a yes, the second question can be answered a variety of ways.

In most transactions, this first official discussion includes the signing of a confidentiality agreement or non-disclosure agreement (NDA), says Greg Fenn with KEA Advisors.

“A confidentiality agreement can be proposed by either party, and is signed by both parties at the beginning of the discussion,” he says.

From there it’s time to discuss the parameters of the acquisition, i.e., what is for sale, and how both sides want to move forward?

If a purchaser hasn’t done so already, this is the point to speak with a financier.

“We would hope a dealer would already have a dialogue with their banker and be speaking to them on a regular basis. Especially if they are considering an acquisition,” Allison says. “You don’t want to just show up and say ‘I’m buying this. I need money.’ You want the banker to be on board with you.”

John Buelow, principal at CliftonLarsonAllen (CLA), says most sales in the dealer market fall into two categories, an asset or stock purchase agreement.

In fact, they rarely do.

Rud Hefner, CFO at RWC International, says he’s participated in multiple transactions where a seller maintained ownership of his real estate to keep an open revenue stream into retirement. In these instances, Hefner says RWC worked with the seller to develop a rental agreement that would appease the seller while also giving RWC flexibility to modify the facility to fit its needs.

Purchasers in asset agreements also can choose to reject purchasing specific assets that may duplicate what they already have.

Conversely, a stock purchase agreement is a transfer of ownership of stocks in a company from the seller to the purchaser.

Asset purchase agreements are commonly preferred by purchasers due to built-in tax incentives.

Macabacus also says goodwill and other intangibles acquired in such a deal can be amortized over 15 years, and that this amortization is tax deductible.

Allison says those benefits aren’t there for stock purchasers, as goodwill in such a deal is not tax deductible.

“If you buy stock, you’re stepping into the shoes of the previous owners,” he says.

This means all liabilities transfer to the buyer during the transaction, wanted or not, though Macabacus says buyers can contractually allocate liabilities to the seller by selling them back.

There is no defined timeline for how long it should take for both parties to agree to a selling strategy. Some parties can reach an agreement in a matter of hours while others take days or weeks. And like the discussion that precedes it, one side pushing the other too hard toward a solution can sometimes have an inverse effect on moving the transaction.

It is also during these early purchasing discussions that both sides should declare their goals and expectations for the transaction. This should include not only pricing, but also a rough outline for the transaction, including the responsibilities of both parties and a timeline toward a closing date goal.

It after this that the transaction truly springs into action.

This is Part I of Successful Dealer’s three-part series on a commercial dealership sales. You can read Part II, ‘Turning a sales opportunity into a reality,’  by clicking here.