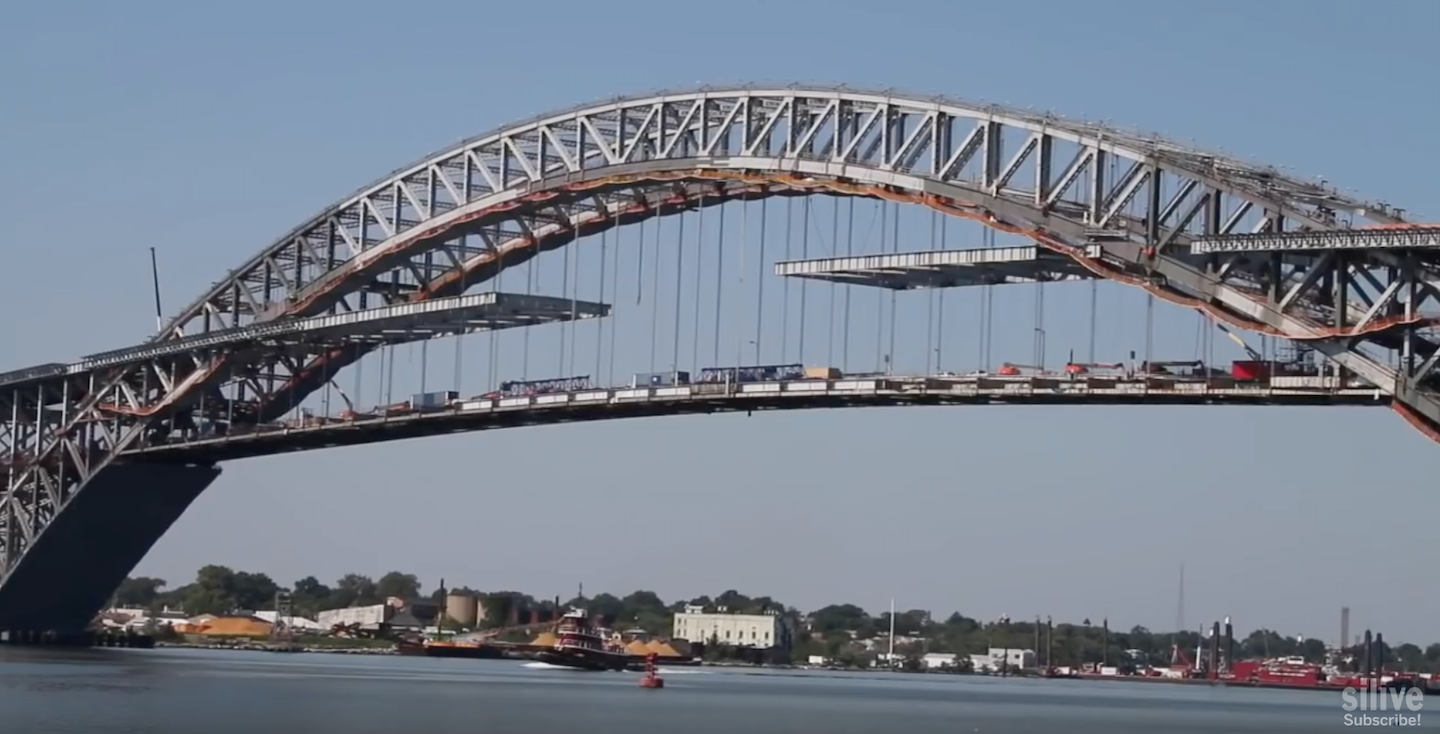 A video report recently posted by SILive.com provides a tour of the Port Authority of New York and New Jersey’s $1.3 billion Bayonne Bridge construction project, which began in 2013 and is “Raising the Roadway” without altering the bridge’s existing arch.

The project will lift the bridge deck 64 feet, from 151 feet to 215 feet, while keeping the bridge’s current arch in place. This will allow larger ships to access the ports of New York and New Jersey.

During the first half of the year, the main span’s steel arch was strengthened and the steel towers were built. The components of the elevated steel deck began in the spring. Suspended floor beams were placed and the new suspender system was installed. Now, crews have started pouring concrete for the main span deck, beginning at the New Jersey tower.

According to the Port Authority, navigational clearance should be achieved by late 2017.