Virginia’s Atlantic Gateway, an Interstate 95 and rail expansion project, has received a FASTLANE program from the U.S. Department of Transportation for $165 million.

The state’s grant request had originally been for $200 million. Total resources for the project now come to $1.4 billion, according to the Virginia Department of Transportation (VDOT), including the grant, private investments of $565 million and $710 million in public funds.

VDOT says portions of the “upfront” environmental and engineering work have either been completed or are currently in progress and construction could be as early as next year on some phases.

“Our team has worked for two years to develop the Atlantic Gateway project for consideration under the FASTLANE grant program,” says VDOT Secretary Aubrey Layne. “Our selection is the result of support and cooperation from elected officials, local and regional leaders, chambers of commerce, the transportation industry, our private sector partners, and many others who clearly see the Atlantic Gateway project is absolutely essential to Northern Virginia and Virginia’s long-term economic competitiveness. This grant will allow the Commonwealth to transform the 95 corridor into a true multimodal corridor that better manages traffic and increases travel choices for people and goods.”

Gov. Terry McAuliffe last week took to the airwaves to tout the project’s benefits and said June 29 on WTOP’s “Ask the Governor” he expected to learn of the grant award within a few days.

“Winning this significant federal grant will allow Virginia to move forward on a project that will transform travel conditions and stimulate economic growth across our Commonwealth,” McAuliffe says. “Our administration worked with federal, state, local and private sector parties to submit a package of transportation improvements that will have far-reaching benefits for everyone who travels the Commonwealth, whether by car, bus or train.”

He adds the Atlantic Gateway will help “build a new Virginia economy” and will create numerous jobs.

Specific components of the project include: 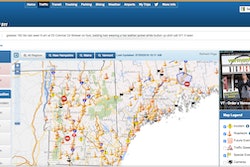