U.S. Transportation Secretary Ray LaHood on Feb. 13 praised President Obama’s $74 billion budget for the U.S. Department of Transportation. These funds will lay a new foundation for economic growth and competitiveness by investing in our national infrastructure network, building on recent safety achievements, and modernizing our transportation systems through research and innovation, the U.S. DOT purports in a press release.

“President Obama’s budget for the Department of Transportation reflects our commitment to investing in an America that is built to last,” LaHood said in a written press statement.  “A strong American economy depends on the roadways, runways, and railways that move people and goods from coast to coast and around the globe. President Obama’s plan will enable us to build the American infrastructure we need for tomorrow while putting people back to work today.”

The centerpiece of the President’s FY 2013 budget for the Department is a six-year $476 billion surface transportation reauthorization proposal that will improve America’s highways and transit networks, continue to ensure that these systems are safe, and give travelers new options new options by enhancing and expanding passenger rail service. This proposed budget would be fully paid for using half the six-year savings achieved from ramping down the wars in Iraq and Afghanistan, with the other half used to pay down the national debt.

The Administration’s national high-speed rail proposal is another critical part of its vision for modernizing America’s transportation network. The budget provides $2.5 billion for the first year of a six-year, $47 billion rail investment plan. This will help the Federal Railroad Administration continue to work with states as they plan and develop high-speed and intercity passenger rail corridors across the country. It will also place high-speed rail on equal footing with other transportation programs, revitalize domestic rail manufacturing, and ensure that the nation can reach President Obama’s goal of providing 80 percent of Americans access to high-speed rail within 25 years.

The new budget also reaffirms Secretary LaHood’s strong commitment to maintaining the highest safety standards for Americans traveling by any mode of transportation. While road, transit, and air travel are currently the safest they have ever been in America, the Department will build on previous successes to make them even safer. To accomplish that goal, the budget provides nearly $30 billion over the next six years for surface transportation safety programs, an increase of 137 percent over the previous authorization. This includes $330 million throughout six years for the Department’s ongoing campaign against distracted driving.  The reauthorization proposal would also give the Federal Transit Administration authority to oversee rail transit safety in cities across the country.

The FY 2013 budget also proposes a series of Pipeline Safety initiatives that will strengthen oversight of our nation’s pipelines, according to the U.S. DOT.

Modernizing through Research and Innovation

The Administration’s budget also prioritizes research, innovative programs, and technological solutions to address our transportation challenges and ensure that America remains competitive in the global marketplace. The FY 2013 budget includes more than $1 billion to modernize America’s air-traffic control system and help transition from the radar-based air traffic control system of the past to the more reliable, efficient, satellite-based system of the future, known as NextGen. The budget also proposes to strengthen the role of research and technology in transportation decision-making by moving the Research and Innovative Technology Administration (RITA) into a new Office of the Assistant Secretary for Research and Technology.

A budget summary document is available at http://www.dot.gov/budget/2013/dot_budget_highlights_fy_2013.pdf. 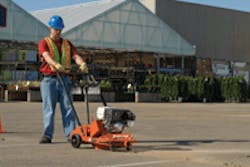 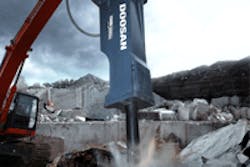 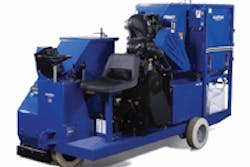 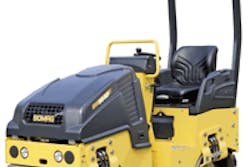