A female construction flagger has been killed after being struck by a drunk driver in Las Vegas. The 49-year-old victim was directing traffic about 2 a.m. in the eastbound lanes of Warm Springs Road, at Cebolla Street, near Arroyo Grande Boulevard, when she was struck by a 2009 Chevrolet Malibu.

Selina Gonzalez-Gascon, 21, was driving the Malibu, and attempted to drive away after hitting the flagger. Construction workers in the area eventually caught up to her and forced her to stop.

The worker was rushed to Sunrise Hospital and Medical Center in critical condition where she later died of her injuries.

Worker killed in hit and run

The 49-year-old victim did everything she could to prevent such an accident from happening. She was wearing a reflective uniform and a hard hat, plus she was carrying red, lighted hand-held wands at the time she was hit.

“Flagging is actually one of the dangerous jobs there is in construction. One, because you are on the side of the roadway. And you really don’t want to assume, but you really don’t know what motorist is not paying attention, could be on the phone, could be texting, could be distracted and then all of a sudden you are in harms way,” Bruce Harris with Wells Cargo, Inc. said.

Gonzalez-Gascon was held at the Henderson Detention Center on charges of DUI with substantial bodily harm in a work zone and leaving the scene of a crash involving a serious injury.

Harris urges drivers to slow down in construction zones, and pay attention for workers.

“Slow down. Slow down, pay attention to your surroundings because the one thing is the flaggers want to go home at the end of the day, safely,” Harris said. 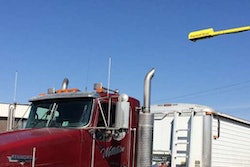 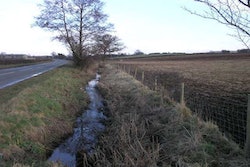 ARTBA to EPA: Ditches are not ‘waters of the United States’