Peterbilt to showcase Model 567 at World of Concrete

Peterbilt will showcase its all-purpose vocational Model 567, along with other vehicles, at the 2014 World of Concrete show in Las Vegas this month.

Robert Woodall, director of Sales and Marketing for Peterbilt, said the Model 567 went into full production a few weeks ago.

Woodall calls the truck “lightweight” and “highly versatile” and says it can be used for several applications “from mixing plant to jobsite.”

Available in 121- and 115-inch BBC lengths with a variety of variety of heavy-duty components and axle configuration, the Model 567 features a set-back front axle for improved maneuverability, as well as a panoramic view from the cab for optimal visibility.

A Paccar MX-13 Engine powers the truck, providing up to 500 horsepower and 1,850 foot-pounds of torque.

For more details about the Peterbilt Model 567, read our report about the company’s display at the 2014 ConExpo-Con/Agg show.

Peterbilt will also show a low-cab forward Model 320 equipped with a concrete pumper as well as a Model 357 with a mixer body and a Paccar PX-9 Engine at World of Concrete.

To see the Model 567 on display at World of Concrete, visit Peterbilt’s booth at the show January 21-24. 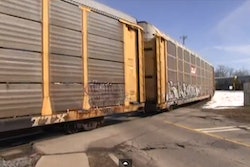 How to be a ‘Pavement Management Rockstar’ 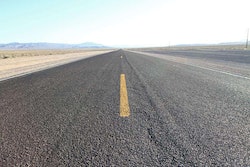 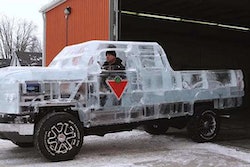