The bridge has been closed since a portion of it collapsed into the Skagit River last month when a large truck struck a steel support.

The crews plan to work in around-the-clock shifts this week to finish positioning the first section of the span over the concrete supports and to complete work on the second section.

For more information about the I-5 temporary span, visit wsdot.wa.gov/Projects/I5/SkagitRiverBridgeReplacement.

Check out the gallery below for photos of WSDOT crews working to reopen the bridge. All photos courtesy of WSDOT. 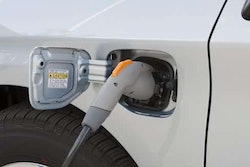