An oversize truck last night struck a portion of an Interstate 5 bridge over the Skagit River between Seattle and Canada, sending the portion of the bridge and its occupants into the river below.

No fatalities resulted from the collapse, CBS News reported. As of 1:14 a.m. Eastern Time, authorities were still searching the river for any additional people, though Marcus Deyerin, a spokesman for the Northwest Washington Incident Management Team, said the team thinks there is no one else in the water.

According to the AP report, investigators were initially unsure whether the bridge collapsed on its own. But Washington State Patrol Chief John Batiste said at a news conference last night that the collapse occurred when a tractor-trailer carrying a tall load hit an upper section of the bridge.

The truck driver made it off the bridge and stayed at the scene, cooperating with authorities. Two cars fell into the water, taking their three total occupants with them. All three were rescued and were recovering as of Friday morning.

The video below shows rescue workers searching the water for anyone who may have fallen in.

Washington’s Transportation Secretary Lynn Peterson told the AP that the bridge had been inspected and repaired last year, noting that it is “an older bridge that needs a lot of work.”

The Federal Highway Administration’s  (FHWA) National Bridge Inventory (NBI) listed the bridge, which was built in 1955, as being “functionally obsolete.” FHWA’s NBI gave the bridge a sufficiency rating of 47 out of 100 in November 2012; an AP analysis revealed the state average as 80.

Our 2012 Bridge Inventory, also published in November 2012, reported that 970, or 30 percent, of Washington state’s 3,260 Interstate and state bridges were either structurally deficient or functionally obsolete.

Additionally, the American Society of Civil Engineers gave Washington state a C on its 2013 infrastructure report card and a C- when it came to the state’s 7,840 bridges. ASCE considers about a quarter of those bridges to be structurally deficient or functionally obsolete.

The I-5 bridge was a truss bridge that measured 1,112 feet long and 180 feet wide. It had two lanes in each direction and four spans over the water supported by piers.

There is no word yet on how the city will replace the bridge, but transportation officials are working on either a temporary or permanent plan.

The National Transportation Safety Board has sent a team to investigate the bridge. 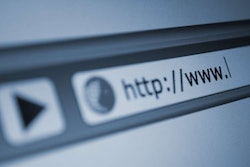 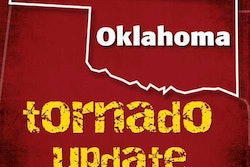