A California contractor has been fined $66,000 for the death of a worker after a 17-foot-deep trench collapsed and buried him.

Empire Equipment Services of Riverside was cited by Cal/OSHA with failure to properly slope the excavation and for not properly classifying the soil, which was unstable and required a protective system, according to the agency. The company also failed to ensure the site was properly inspected before workers entered the trench.

“Because working in excavations is so dangerous, a competent person must conduct thorough visual and manual tests to properly classify the soil and adequately protect employees from cave-ins,” said Cal/OSHA Chief Juliann Sum. “Failing to carry out these requirements can be fatal.”

The collapse occurred May 9 during a sewer and water line excavation and installation project in the Lake Forest area. A 30-foot-wide section of the trench caved. One worker escaped. But the other did not.

The worker who died was a supervisor and was working with his crew in the 17-foot trench, according to the OSHA citation. It took personnel with the Orange County Fire Authority six hours to recover his body, according to news reports.

The trench had been benched and sloped for Type B soil, but it was actually Type C soil, which requires more stringent protective measures. Type B soil includes granular cohesionless soil, such as crushed rock, silt, silt loam, according to OSHA.

Type C, which is the least stable soil, includes gravel, sand and loamy sand, as well as submerged soil and rock.

The $66,000 in proposed penalties follows an incident in August 2017 in which Empire was cited for exposing workers to an unprotected trench and was fined $24,670. The company ended up paying $15,500 after a formal settlement, according to Cal/OSHA.

For more on the dangers of trenches and ways to protect workers, see out special report “Death by Trench.” 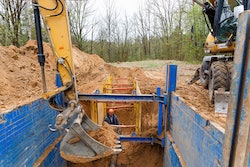 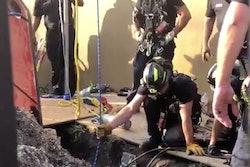