The firm had been cited two previous times for failing to protect employees in trenches, once in 2013 and again in 2016.

OSHA’s most severe charge is what it calls a “willful” violation, meaning the employer demonstrated intentional disregard or indifference to employee safety. Willful violations were issued in 14 incidents representing 16 trench fatalities in the past two years.

Initial OSHA fines in incidents with willful violations totaled $3.99 million, according to an Equipment World investigation. That number, however, is cut to $2.5 million when the nearly $1.5 million Atlantic Drain Service fine for two deaths in downtown Boston outlier is removed. For the 13 remaining incidents with willful violations, the average initial fine was $129,070.

As Karrenbrock Excavating discovered, high fines aren’t just the result of a fatality: Kamphuis Pipeline, Grand Rapids, Michigan, received a $187,653 fine for exposing its employees to trench cave-ins. OHSA fined Jax Utilities Management, Jacksonville, Florida,  an initial $271,606 after an investigation of an employee injury in a trench. That fine since has been reduced to $135,836.

Contractors aren’t the only entities cited for trench-related incidents. This month, OSHA levied a nearly $200,000 fine against the City and County of Honolulu Board of Water Supply  following a January inspection of a jobsite with a 7-foot deep trench.

OSHA found the water utility negligent in installing a shoring system according to the manufacturer’s tabulated data and failing to control the accumulation of water in the trench. Like Karrenbrock Excavating, the water board was a repeat violator, having been cited in 2014 and 2017 for similar trench shoring safety issues. 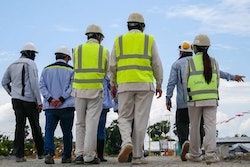 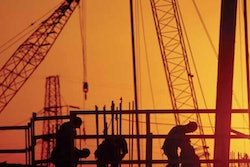