Construction workers on a jobsite in Chicago’s Gold Coast found a co-worker Friday afternoon that had become pinned by part of a crane.

According to a report from WLS TV, the workers were able to free the man who was unresponsive when emergency personnel arrived to the site.

Paramedics spent several minutes treating the man before transporting him to a nearby hospital where he was later pronounced dead.

The man was working about six stories up on a 24-story luxury condominium when a part of the crane fell atop his chest, according to the station’s report.

As of now, it’s unclear what caused the accident but Occupational Safety and Health Administration Officials have opened an investigation. Officials are also working to determine whether the man was an employee of the crane operator, General Crane, or the general contractor Leopardo Companies. 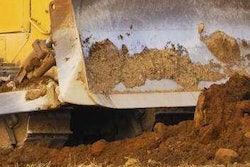 Worker killed when pinned between tractor and dozer in Ohio 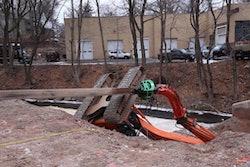