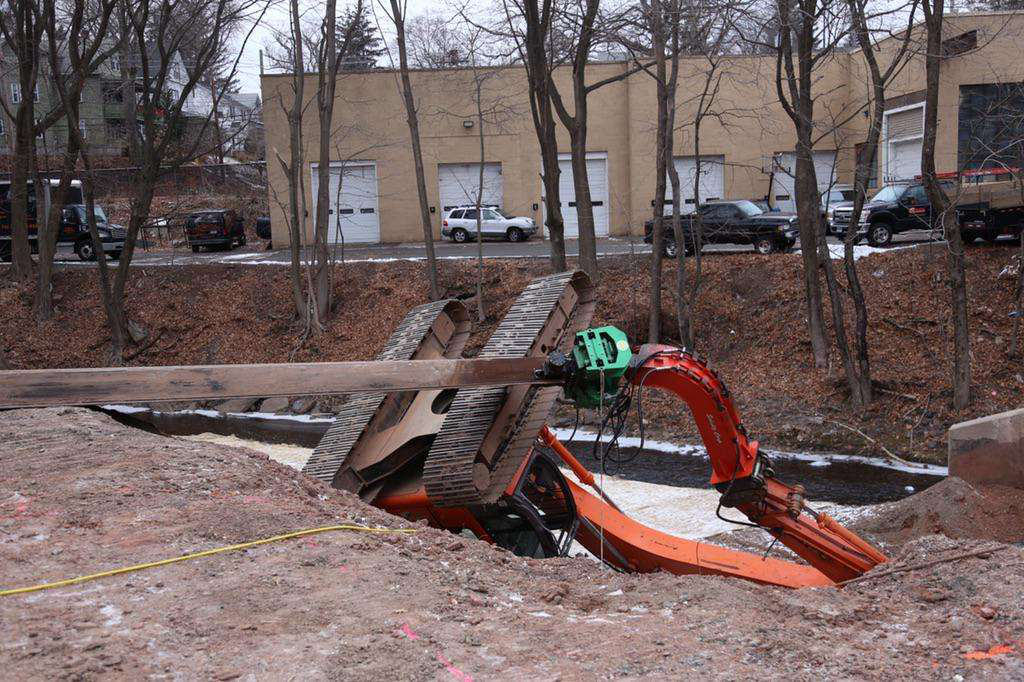 Fire officials snapped this shot of the rolled over excavator. Credit: Meriden Fire Dept. via @MeridenFire on Twitter

An excavator operator escaped a serious machine rollover while working alongside a bridge in Connecticut recently.

According to a report from the Record-Journal, Tom Bryda, was operating the excavator January 14 when it rolled over and slid down an embankment, settling below the Columbs Avenue bridge in Meriden.

A report from the Meriden Fire Department said Bryda suffered a head laceration and an injury to his left hand. He could not recall what caused the rollover. Two cranes were brought into the site to pull the excavator back up the embankment.

Bryda was working for Terryville-based Schultz Corp., a subcontractor for Wendell, McDonnel & Costello Inc., on a $1.1 million project to excavate the area around the bridge in order to widen the Harbor Brook channel that passes beneath it and add culverts.

The Occupational Safety and Health Administration has begun an investigation of the incident.

Operators and crews find discuss and prepare for tip over/rollver incidents using our collection of safety lessons for these types of accidents at our Safety Watch hub.