A construction worker was rescued by firefighters after falling into a 40-foot trench near Los Angeles on Monday.

According to a report from CBS Los Angeles, the worker fell into the trench, which was about 6 feet wide, around 8:30 a.m. at a jobsite in the city of San Gabriel.

Firefighters responded to the scene and pulled the worker from the pit around 9:35 a.m. The worker suffered a leg injury but was conscious and alert upon rescue, CBS reports.

CBS doesn’t report how the worker fell and what kind of work was going on at the site, but it would appear to be a utility installation since the accident occurred at an intersection. 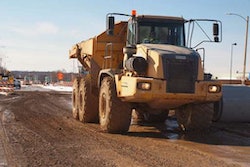 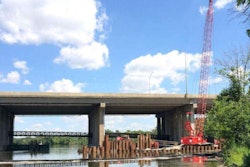