A worker installing natural gas lines in Warwick, Rhode Island was killed Wednesday when he was struck in some way by a piece of heavy equipment.

According to a report from WPRI TV, 45-year-old Paulo Matos was working with a crew from Smithfield contractor AGI Construction. The crew was installing lines for National Grid when the accident occurred around 2 a.m.

A spokesman for National Grid told the station that the man was struck by a piece of equipment. The station then learned from an eyewitness that investigators were focusing a lot of their attention on a backhoe parked on the jobsite. It’s unclear exactly how the worker was injured, but the station reports that the equipment “fell on him.”

Matos died at the hospital.

Police and officials from the Occupational Safety and Health Administration investigated the accident but would not say exactly what happened early on. However, a report from the Warwick Beacon quotes Deputy Police Chief Michael Babula as saying Matos was “working in a cut in the road,” when a fusing machine “being lowered into the trench by a backhoe hit him in the head.” 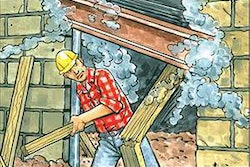 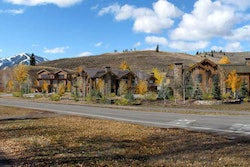 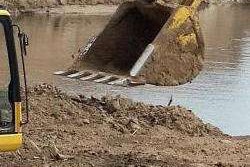