The agency announced Monday that it has deployed investigators to sites throughout the Bay Area to “determine whether adequate measures have been taken to identify safety hazards and prevent injury.”

In the announcement, Christine Baker, director of California’s Department of Industrial Relations, noted concern that construction employers in the region do not have strong enough safety programs in place.

The four deaths include:

Each of the four deaths are fall-related and Cal/OSHA says these special inspections will focus on making sure fall prevention is addressed in each site’s safety plan, “from railings on buildings to personal devices such as hooks that attach to vests.”

Cal/OSHA says its investigators will also be examining equipment safety, trench safety and potential site hazards such as power lines. Should the inspectors find a lacking safety plan or a hazard, work on the site can be stopped until it is deemed safe for work to continue. Any employers who are found in non-comliance with Cal/OSHA safety regulations will be cited and ordered to make the necessary corrections.

Falls are the number one cause of deaths on construction sites and because of that the national OSHA agency is holding a National Safety Stand-Down dedicated to fall prevention scheduled for June 2 through 6.

Cal/OSHA is also offering a new fact sheet on its website to help contractors reduce falls. 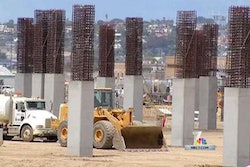 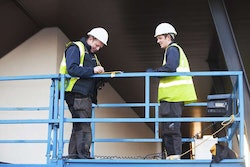 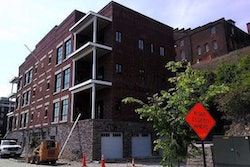