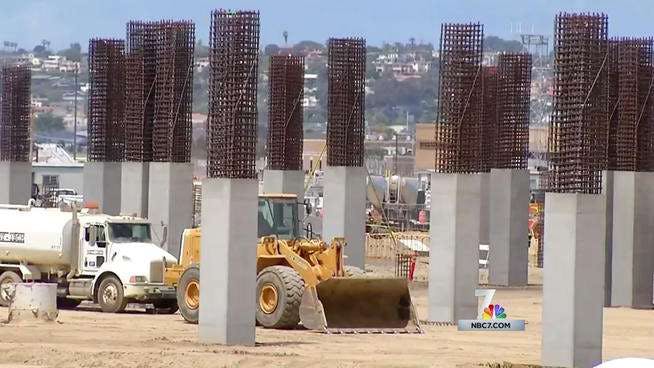 Jobsite near the San Diego International Airport where a worker was killed by falling rebar. Credit: NBC 7 San Diego

A construction worker preparing to pour concrete forms at a rental car center near the San Diego International Aiport was killed Tuesday morning.

The worker was killed by falling rebar while working on the construction of a $223 million consolidated rental car center, according to a report from NBC 7 San Diego.

The unidentified, 29-year-old worker was reportedly climbing a rebar column around 8:45 a.m. Tuesday when “something went wrong.” Soon after, people nearby said they heard the man screaming that the rebar was collapsing.

Fellow workers found the man crushed beneath the rebar. They detached his safety harness and called 911. Paramedics said he died at the scene.

Work at the site, which is being done by a joint venture between contractors Austin and Sundt, has been postponed to ensure it is safe for work to resume. 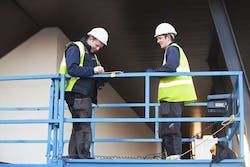 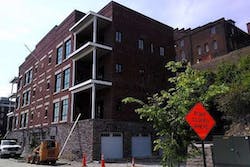