Eight construction workers have died during the construction of the soccer stadiums that will host the World Cup in Brazil, the latest dying in an electrical accident.

Muhammad Ali Maciel, 32, died from cardiorespiratory arrest some 30 minutes after suffering an electric shock at the site of Arena Pantanal in Cuiaba, according to a report from CBS News. Maciel was reportedly wearing safety equipment.

Construction of the stadiums has been plagued by setbacks and deadly accidents, including two partial collapses, one of which killed two workers in November.

FIFA, the organization behind the World Cup, originally had set a deadline in December for all of the stadiums to be complete. But less than a month out from the tournament, which begins June 12, three of the host stadiums are still incomplete. 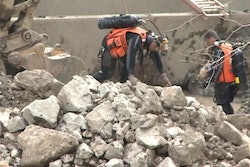 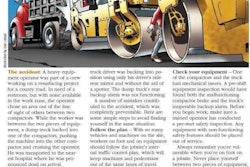