A welder was preparing to survey and weld joints at the top of a steel frame that had just been erected. Using a scissor lift platform to access the work area, he extended the lift approximately 12 feet. While in an elevated position, the welder moved the scissor lift forward, causing the wheels to roll into a depression surrounding a nearby concrete pit under construction. The scissor lift toppled over and ejected the welder headfirst into the pit. He died on the site from a skull fracture, contusions and laceration of the brain.

A post-accident investigation determined the contractor had rented an articulating hydraulic boom lift for crews to use while performing elevated work. Even though the boom lift was available, the worker chose to use the scissor lift instead. Once the welder reached the correct height, he then moved the lift forward while still on the raised platform, causing the wheels to enter the depression around the pit. There were no guards, barriers or other controls to prevent the lift from falling into the pit, and there were no spotters used. The employer had a safety program in place, and the worker was certified and experienced in using both articulating boom lifts and scissor lifts.

Although some accidents can’t easily be prevented, this one didn’t have to happen. Performing the proper hazard assessment and control implementation would have kept this worker alive. Prior to using an aerial lift, take the following steps:

1. Hazard assessment. Perform a thorough walk-through of the site and take note of any depressions, pits or other obstacles.

2. Implement controls. If you’ll be working around hazardous areas, erect guards or barriers to prevent the lift from accessing a dangerous location.

3. Enlist a spotter. Any time you move a piece of equipment, have a spotter handy to alert you to potential hazards.

When raised, the lift’s center of gravity is higher, allowing the lift to more easily fall over if the wheels find an uneven surface. Every lift will have recommendations from the manufacturer on when it is and isn’t safe to drive an elevated lift. Know the restrictions that must be addressed prior to operation. Tony Groat, executive vice president, AWPT, recommends traveling to the work area in the lowered position. “Traveling at higher speeds over uneven surfaces will cause impact at the platform to be magnified considerably,” he says. “This will cause instability and danger to the occupants.”

For a fact sheet on using aerial lifts, visit the OSHA website: https://www.osha.gov/sites/default/files/publications/aerial-lifts-factsheet.pdf 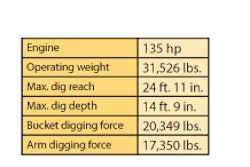 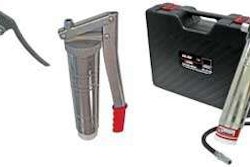 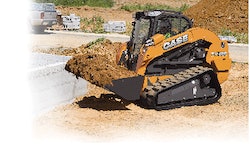