Mendez reviews progress one of $423 million trio of projects

Federal Highway Administrator Victor Mendez and North Carolina Transportation Secretary Gene Conti have reviewed progress on the widening of I-85, one of the state’s $423 million trio of high-priority projects that will improve safety and reduce traffic congestion along the Charlotte area’s major east-west commercial route.

“President Obama called on us to rebuild America by putting people to work improving the nation’s roads and bridges,” said U.S. Transportation Secretary Ray LaHood. “The budget proposal released Monday will lead to greater investment in projects like those on the Charlotte Outer Loop, strengthening our infrastructure and creating jobs.”

The series of projects, which will complete the Charlotte Outer Loop, features the state’s first “turbine”-style interchange and a pair of double-crossover or “diverging diamond” interchanges designed to reduce risky left turns among drivers and cut traffic jams by as much as 60 percent. In addition, according to estimates by the North Carolina Department of Transportation, using these innovative interchange designs will save taxpayers more than $50 million.

“Investment in infrastructure will strengthen economic growth and competitiveness in the region,” said Mendez. “Like so many across the nation, this project will help North Carolina workers by creating jobs, relieving traffic congestion and allowing people to spend more time doing things they enjoy.”

Administrator Mendez’s visit follows the President’s budget release on Monday, which includes $305 billion, throughout the next six years, to rebuild America’s roads and bridges, a 34-percent increase over the previous authorization.

Workers on the $147.9 million I-85 project, the site of today’s briefing, are widening seven miles of I-85 from four lanes to eight from south of Bruton Smith Boulevard/Concord Mills Boulevard to north of NC 73 in Cabarrus County.

When completed in late 2013, the I-85 widening project will significantly reduce traffic congestion at one of the state’s worst bottlenecks. Used by an estimated 118,000 daily drivers, the route is prone to some of the state’s worst traffic back-ups – some lasting 60 minutes or longer during rush hour or special events at the nearby Charlotte Motor Speedway.

The other two of the Charlotte Outer Loop’s three projects – the $109.8 million I-85/I-485 Interchange and the $165 million I-485 Loop completion – use “design-build finance,” a financial innovation that allowed construction to begin four years earlier than originally estimated. 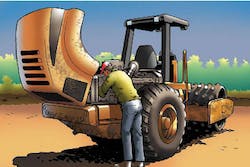 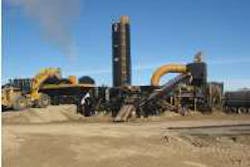 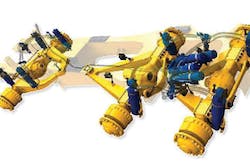