Innovations Award winners were showcased in an Intermat pre-show reveal for construction journalists. The show, on a three-year cycle with U.S.-based ConExpo-Con/Agg and the Bauma show in Germany, will take place April 16-21 in Paris, France.

Volvo’s on-board weighing system (OBW) claimed the Innovations Gold Award in the civil engineering equipment category. Used in Volvo’s A40F articulated trucks, the system monitors the weight of the load on the machine from full suspension pressure sensors and relays this information to software integrated into the machine’s electronics. The weight is displayed on the operator’s dash and can be sent via telematics to mobile devices and charted to measure productivity and improve operator performance. In this country, OBW will be available on all F Series full suspension articulated haulers in the third quarter of the year and will be also available as an aftermarket kit.

Other Intermat Innovations Award winners of potential interest to U.S. contractors include:

Klac + quick hitch for hydraulic excavators (sold by Werk-Brau here) won the Silver Award, Components, Equipment and Tooling, and integrates a fail-safe device, preventing the use of accessories that exceed the performance of the machine. It stops loss of the attachment if the locking mechanism fails, ensures the safety of the hydraulic hose and electric cable, and includes an alarm system.

New Holland will be introducing two wheel loader models in Europe, the W270C and W300C and two new excavators, the E175C and E195C, that use the company’s AdBlue selective catalytic reduction (SCR) technology to meet Tier 4 Interim emissions requirements. It is not clear when these models or their SCR technology will be introduced in the United States, but many manufacturers have indicated that SCR will be used here to meet Tier 4 Final regs in 2014. And Europeans will get their first look at Case’s SCR-based F-series wheel loader lineup, which was first seen in the American market at ConExpo last year.

Although not new to the U.S. market, Komatsu’s HB215LC-1 hybrid hydraulic excavator will make its European debut at Intermat. The machine captures braking energy from the rotating superstructure and stores it in an ultra capacitor for use in by an electric swing motor in the next rotation. More than 900 are in operation worldwide.

To read more about the Paris show and the Innovations winners go to: http://www.en.intermat.fr/ and click on the U.S./British flag tab for an English language translation.

For a look at more of the machines that will be introduced at Intermat go to Equipmentworld.com/digital. 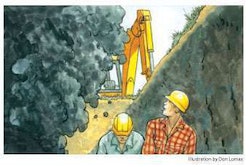 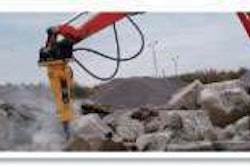 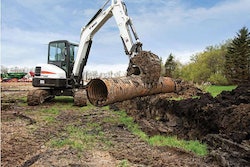